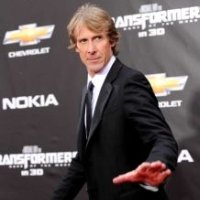 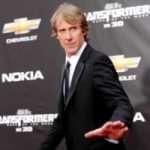 Bay known as the childhood destroyer does it again. Just like Transformers fans, TMNT fans ought to get pissy with him as he revealed his unlikely next plan – turning the Teenage Mutant Ninja Turtles into aliens.

Yes the man responsible for three movies which literally amounted to Shia LaBeouf shouting “No! No! No! No!” while running around like a lunatic is behind a new live action TMNT film from his production company Platinum Dunes. The plan is to re-imagine Leonardo and the gang as aliens. Yes, heard us.

“When we are done with this movie, kids are going to believe, one day, that these turtles actually do exist,” Bay told a Nickelodeon audience last weekend. “These turtles are from an alien race and they are going to be tough, edgy, funny and completely lovable.”

As ridiculous as that sounds, Bay has quickly came out to address criticism, telling fans to “chill”. Here’s what the director wrote on the forum of his official site yesterday:

The 47-year-old director-producer incited outrage among fans of the superhero franchise when he revealed at the Nickelodeon upfront presentation in New York last week that the pizza-loving, crime-fighting turtles would come from an “alien race” in a “Ninja Turtles” film he is producing.

You know what time it is dude.

According to franchise lore, mysterious radioactive ooze transformed the turtles into superheroes who battle evildoers.

“Fans need to take a breath and chill,” Bay said in a statement posted on his site Monday night. “They have not read the script. Our team is working closely with one of the original creators of ‘Ninja Turtles’ to help expand and give a more complex back story. Relax, we are including everything that made you become fans in the first place. We are just building a richer world.”