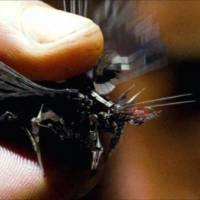 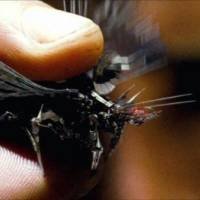 The U.S. Navy recently issued a proposal to build “a coordinated and distributed swarm of micro-robots” whose main function will be to create “novel materials and structures.”

Wait… so they want to build an army of worker bots to dominate the Earth as we know it? Ok cool, as long as we’re clear…

Seriously, though, the idea is to build a robot swarm that leverages desktop manufacturing to “print” 3-D objects. So basically these robots will help you build cool 3-D objects out of plastic.

U.S. Navy to develop Transformers-style robot swarmDoesn’t sound as cool as cool as a post-apocalyptic robot swarm designed to make buildings and eventually take over the world, but hey, we’ll take what we can get.

The proposal says the manufacturing robots will be able to “pick and place, dispense liquids, print inks, remove material, join components” and “move cooperatively” to make and assemble things.

The proposal also mentions that the robots will be capable of creating “multifunctional materials,” “metamorphic materials,” and “programmable materials.”

It should be noted that DARPA, the Defense Department’s research arm, has previously developed “programmable materials” to create shape-shifting machines like a self-folding origami robot that can change from small plane into a boat.

Intel, a company that works with DARPA, said the robots could “mimic the shape and appearance of a person or object being imaged in real time.”

Seems like the U.S. Navy is taking a cue from science fiction by creating shape shifting self-sufficient robots to work in an assembly line a la Transformers.

YES! Let’s just hope they don’t band together to create some kind of robotic revolution.

ROTF Suckage Is Bay’s Own