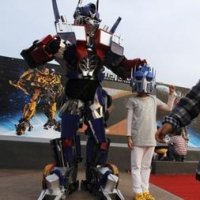 How To Be A Movie Blockbuster in China

This is a cool satirical article about howto become a movie blockbuster in 3 steps in China. read on – The state wants its “The Founding of a Party” to top the charts around the 90th anniversary of the Communist Party’s first congress on July 1. So it’s packed it with stars – and delayed the release of ‘Transformers 3’ and ‘Cars 2.’ 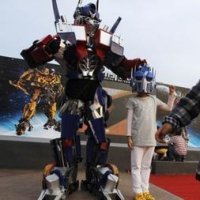 This aint no Terra-cotta, this is metal-cotta, Cybertronian style!

There are a number of ways to ensure that a movie becomes a box-office blockbuster in China. The upcoming epic “The Founding of a Party,” which celebrates the creation of the ruling Chinese Communist party, appears to be ticking off some of the key points on that checklist.

Check 1: fill your movie with stars

For a start, the film stars more than 100 top Chinese film idols in a “flood the zone” tactic that two years ago raked in more than $65 million for “The Founding of a Republic,” China’s third-biggest grossing Chinese language movie to date.

Check 2: get rid of the competition

But just to make sure that the state-produced film tops the charts around the 90-year anniversary of the party’s first congress on July 1, the authorities have cleared China’s movie screens of potential Hollywood rivals, such as “Transformers 3” and “Cars 2.” They will be authorized for release only in late July, by which time “The Founding of a Party” will have had a six-week run.

Not that the entertainment flagship of the anniversary celebrations will be the only film marking the event. Some 90 movies and TV series focusing on the creation of the party are due for release, according to the Global Times, a Communist party daily.

Such “red themed” dramas rarely attract much of an audience, so some of them are spicing history up in ways that pass for daring in China’s conservative social climate.

In one of the 32 episodes of “China 1921,” currently airing in prime time on the main state-run TV channel, for example, Mao’s wife, Yang Kaihui, cries out to the future Great Helmsman, “Let’s get married, I want to give you a child.”

This sort of thing has shocked some viewers. “The dialogue between revolutionary lovers in some TV series has given me the creeps,” one middle-aged Beijing housewife was quoted as saying by the Global Times. “I really doubt the older generations would say something that I can barely manage to say today out of shyness.”

“The Founding of a Party” is expected to play Mao’s story straight, and to avoid controversy. The only Chinese star missing from the credits, for example, is Tang Wei, whose appearance as Mao Zedong’s first lover has been cut, apparently because memories of her steamy performance in Ang Lee’s “Lust, Caution” might lower the tone of the new paean to Communism.

The film has already sparked some controversy in the United States, however. Conservative commentators are outraged that Shanghai GM, one of the joint ventures that General Motors operates in China, is sponsoring what is bound to be a propaganda film as part of a deal with the state-owned China Film Group which is producing the movie.