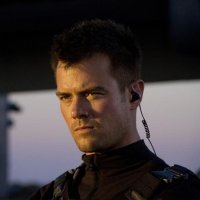 Josh Duhamel was teased mercilessly by his co-stars on the set of the new Transformers movie after spraining both his ankles in one day. Though he was known as an action packed actor, he is still known to be really clumsy to his co-stars who have known him long enough from the first movie.The star earned the embarrassing nickname of ‘H.R. Stumblesnstuf’ because of his on-set accidents during the filming of Transformers: Dark of the Moon, the third installment of the robot franchise.

Duhamel’s list of injuries included two busted ankles, which he hurt during his lunch break, and the army professionals he was working with didn’t let him live it down.

He reported to E! News by saying, “I actually got a little bit hurt this time (in this movie), not because it was dangerous, but because I’m a klutz. I sprained one of my ankles before lunch and then after lunch I sprained the other. I’m not kidding you. I sprained not one, but two ankles in the same day. My nickname amongst all the actual Navy Seals on my team became H.R. Stumblesnstuf.”

Transformers 3 Dark Of The Moon – Official Clip 6: Cover Up