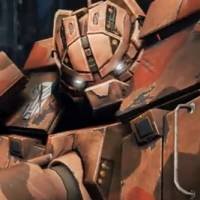 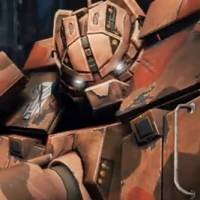 Back in June 2010, developer High Moon Studios shocked the gaming world and did something no one thought possible: they made a good Transformers game. Transformers: War for Cybertron was a great leap in the right direction for the autobots and decepticons and now High Moon and Activision look to follow that up with Transformers: Dark of the Moon. I recently got a behind closed doors look at Dark of the Moon and came away feeling very satisfied with what looks to be a good game.

Unlike War for Cybertron which featured a standalone story, Transformers: Dark of the Moon is actually tied into the upcoming 3rd Michael Bay movie. Now, before you rush to jump off a bridge and think this is just another movie tie in, know that the game is actually a prequel to the third movie. The game is meant to server as a bridge to the upcoming movie, giving gamers a glimpse into what has happened to their favorite autobots or decepticons.

From our view at the game, one thing was made very clear, and that is that Dark of the Moon is a truly single player experience. Gone are the co-op play-throughs of the game as High Moon Studios have decided to focus each mission in the game on a single transformers. Each level plays to the strengths of that specific transformer, like a dog fighting level where you take control of Starscream. This focus looked to give the developer a great chance to let each robot really shine and give each character a new level of depth.

Added to the depth of each character is the vast amount of different levels that we were shown and the locales they took place in. We went from the rubble of a war torn city to the jungles of a forest to the sky up high above, with each level looking great. Once again the animations of the robots and their transformations looked great and the sounds from the game were solid.

The biggest change from the first game comes in the mode of a new transformation called “Stealth Force”. Funny that this name was selected as this mode is anything but stealthy. When I first saw the Stealth Force my initial thought was that High Moon had been playing a lot of Twisted Metal or watching plenty of M.A.S.K as, when entering this mode, you become a hybrid vehicle that features guns popping out everywhere. In this mode you sacrifice defense but gain offense, making it the perfect transformation when you need to quickly kick a little ass.

Going from vehicle, to stealth, and then to robot looked painless and the controls stayed fluid throughout each mode. In one of the levels of the demo Bumblebee went into Stealth Force, popped a few guys and then in the blink of an eye popped up to robot form and busted a decepticon sneaking up behind him.

The game will return a multiplayer component but High Moon were not privy on releasing many details on it at this time. If it retains the great fun the first one had, then it should be a solid addition to what is looking like a great single player experience. But wait – I have saved the greatest bit of news for last and that is Soundwave has finally shed his ridiculous satellite form and now roams around as what looks like a radar truck. Now, if that was not badass enough, at least one tape (Laserbeak) from the cartoons will be playable and hopefully he is not alone (Rumble please).