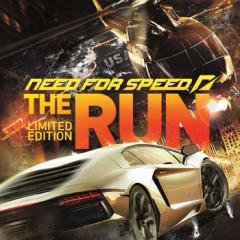 In what would come as absolutely no shocking surprise to most people, the man that made Michael Bay ‘Splosions™ a household reference and managed to anger, excite and infuriate with the Transformers franchise, is directing the new commercial for Need for Speed: The Run thanks to EA.

It was obvious this was bound to happen. The very first teaser for the game had Michael Bay written all over it, and having the man direct a commercial for a game that was obviously paying homage to his directing style is like bringing syrup to a table that already has waffles on a plate.

The trailer, however, has to be unlocked from the game’s Facebook Page, where executive producer Jason DeLong encourages everyone to “….help get the commercial unlocked for the entire world to see!”.

“Working with Michael and his company, The Institute, was such an honour,” Need for Speed: The Run’s executive producer Jason DeLong reckons.

“He’s known for delivering exhilarating, over-the-top, action – exactly what players are looking forward to experiencing in Need for Speed: The Run. We knew from the moment we met with Michael that he was the perfect person to bring our game to life for gamers seeking non-stop action.”

It’s a cheap ploy to get Facebook Likes and I can’t blame them for using the tactic…heck, we probably would have done the same thing.

In the meantime, a French version of the multiplayer trailer was released, which you can view below, or head to the Facebook Page to check out a 22 second teaser of the Michael Bay TV spot. The Need for Speed: The Run is set for release on November 15th for the Xbox 360, PS3 and PC.