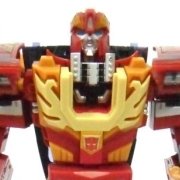 This review though old, is one of many fan favorites. As most of you know that TFX-04 Protector is one of Fans Project most significant project. Fans Project being a third party Transformers maker is no stranger to Transformers fan as it has become what seems to be a ‘household’ name for the past few years before being rivaled by many newer competitor.

Protector was meant to be an upgrade kit, nothing more. To be able to achieve Rodimus Prime, you got to own Rodimus first be it Classics or Henkei (or whatever you can find).

First, aside from the parts that transformed Classic Rodimus to Protector (Rodimus Prime). 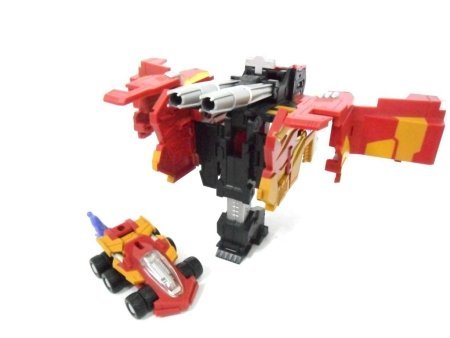 Better than what was done for City Commander, it formed a manned-gun/canon that hold a huge resemblance to it’s G1 counterparts. Also included was the re-imagining of Rollar for Protector. 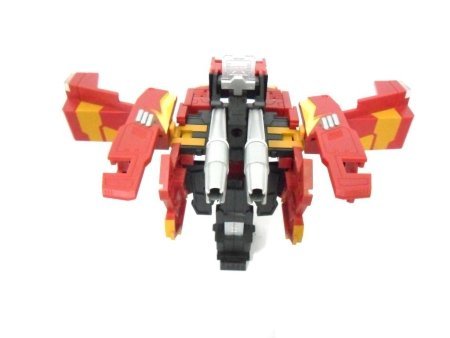 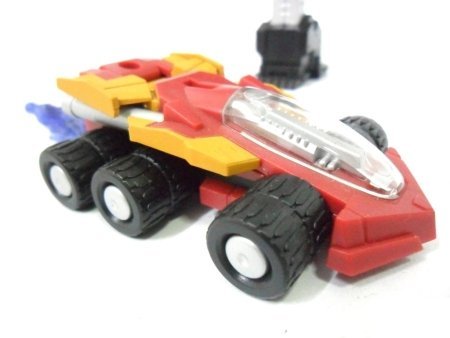 In a way, the transformation is bit more involving the City Commander’s was. 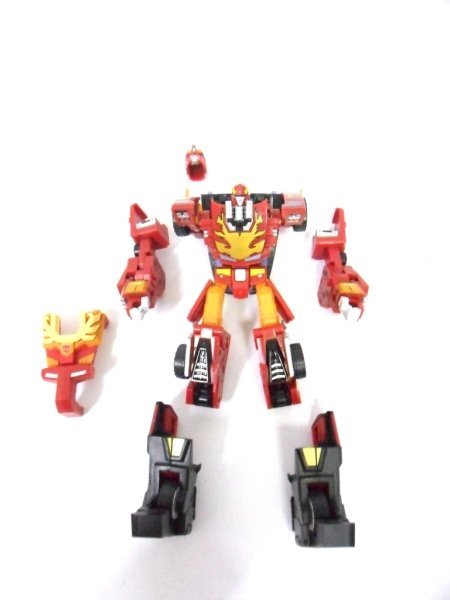 The boots was better in terms of the attachment point with it’s base figure isn’t really damaging (even small amount). Since the original Classic Rodimus itself lack the waist articulation, it’s the same as the armour. 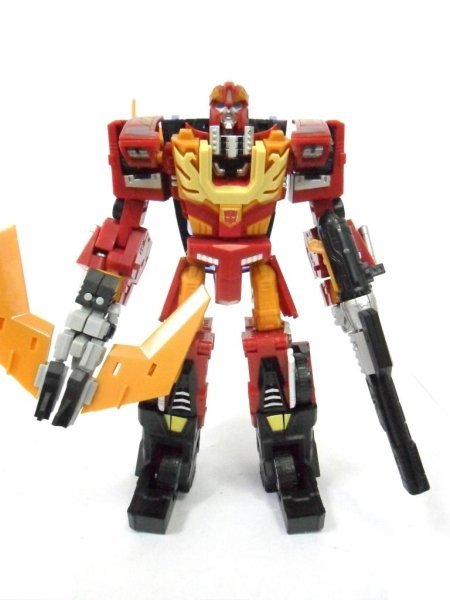 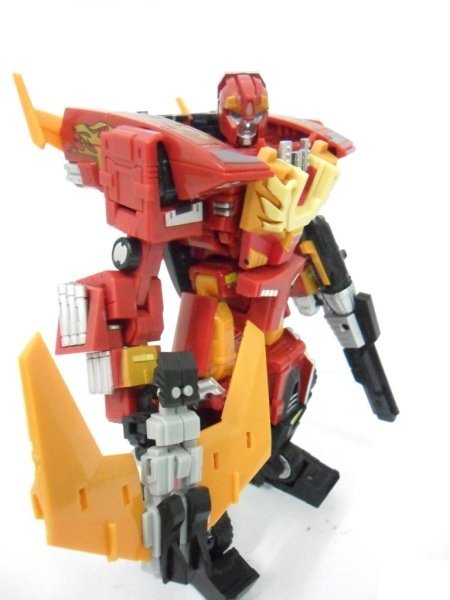 Bare in mind that the configuration done wasn’t as recommended but my own preference. Classics Hotrod hand wasn’t folded but was left straight. And the extended wings aren’t attach to his original wings 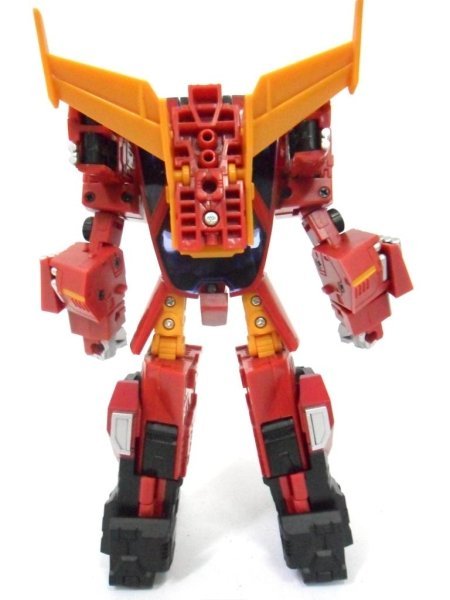 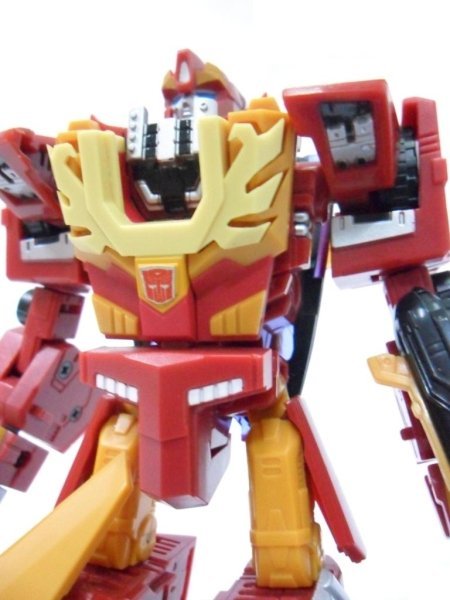 A really awesome detailing on the front closeup. 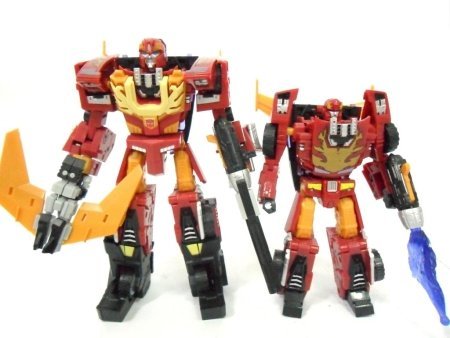 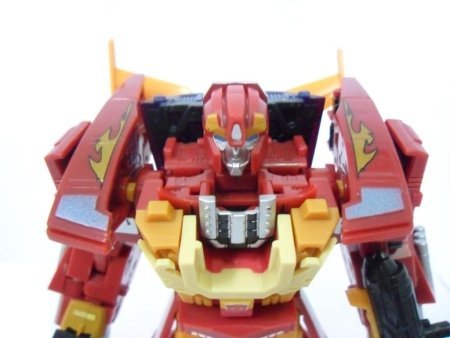 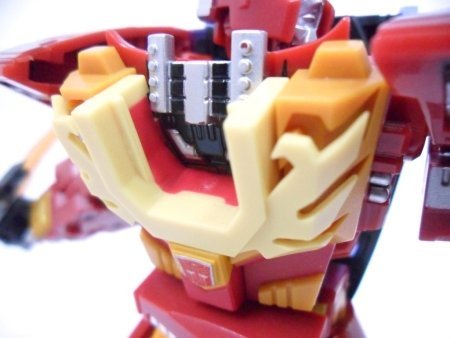 The gimmick on the chest, the flame potruding from the chest
Also, quite a nice head sculpt. 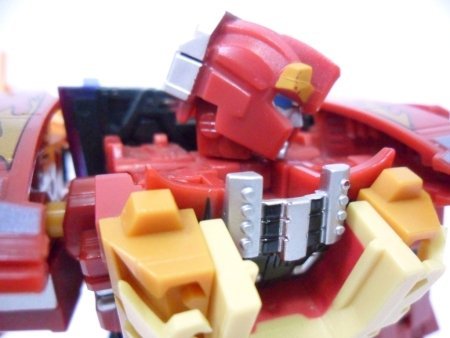 One of the limitation of the base figure was it’s neck articulation. However, this add on somehow manage to improve that a bit. Using the round sculpt on the base’s head as a pivot point, the articluation vastly improve 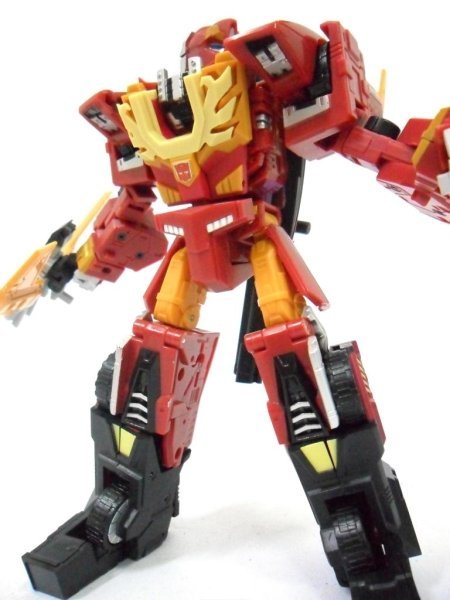 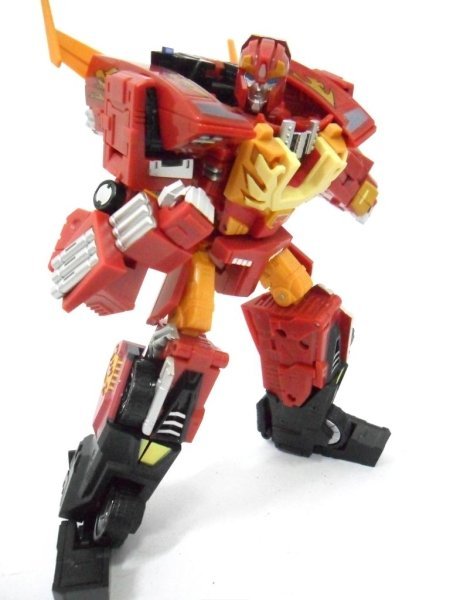 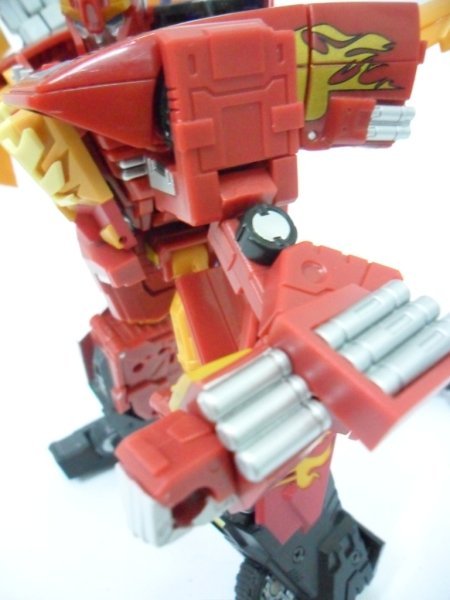 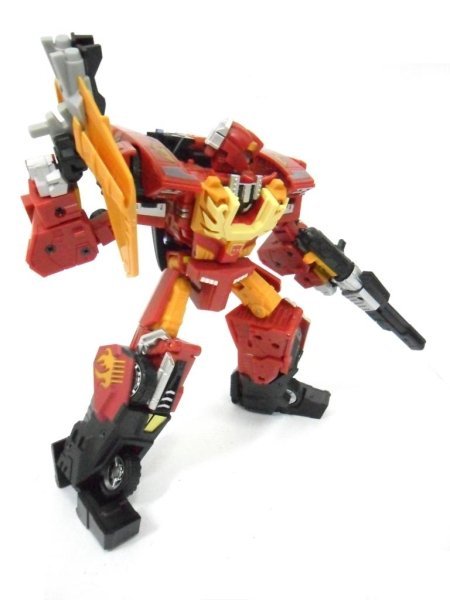 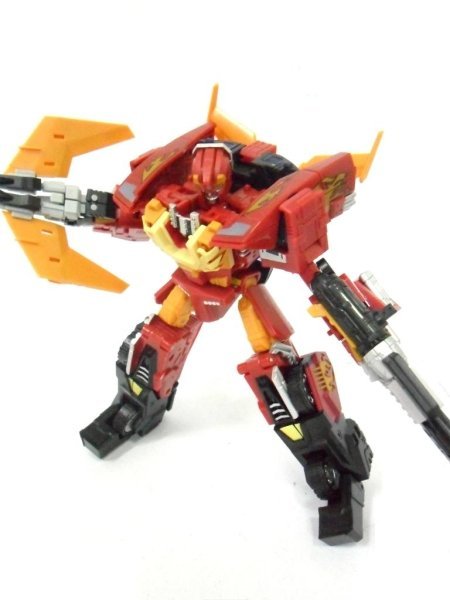 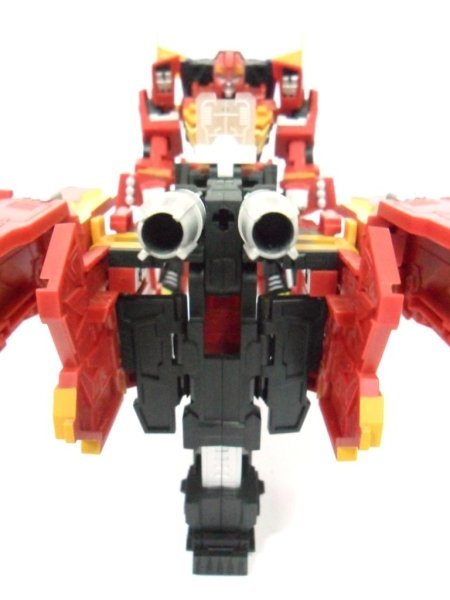 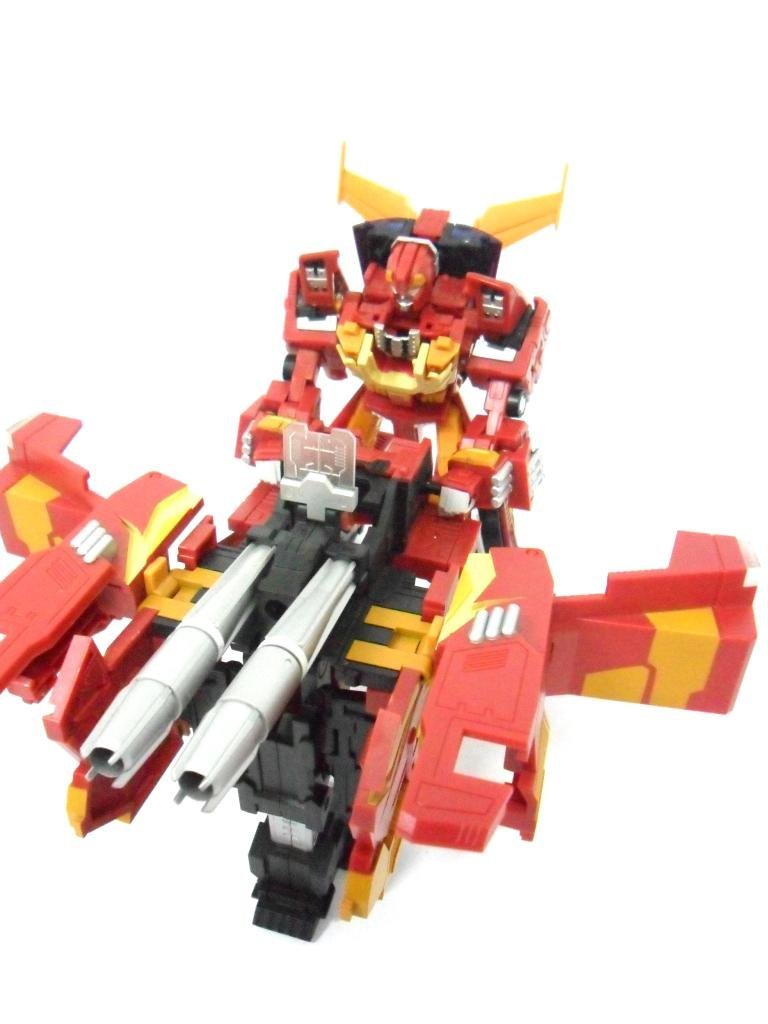 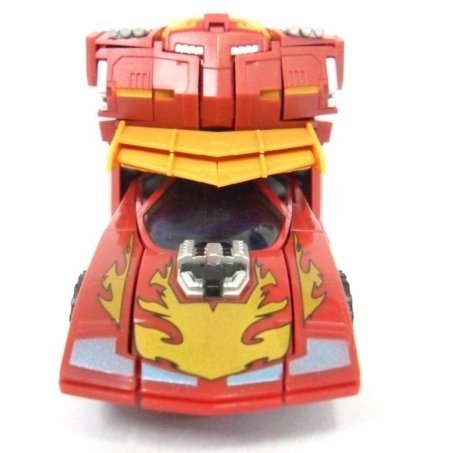 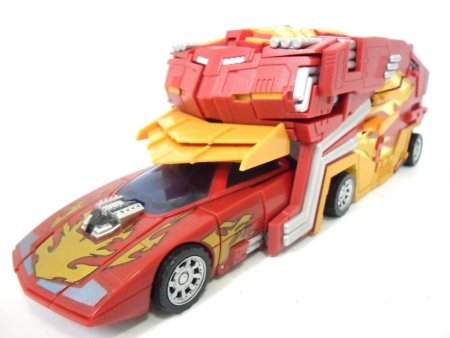 Angled side view of Protector 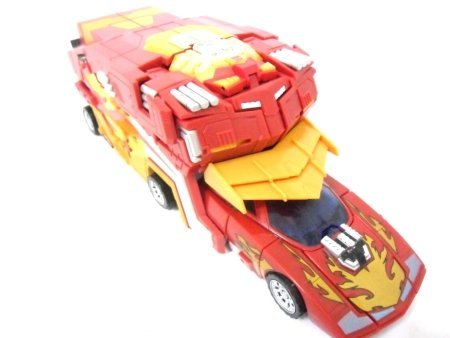 Autobot insignia is from Repro 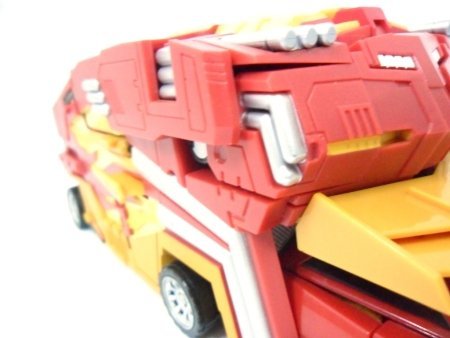 A really nice detailing on the Add on. However, it the middle wheels (Rodimus’s back wheels) are kinda stuck 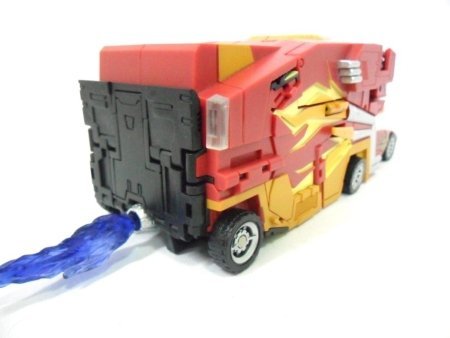 From the back. Personally, not like City Commander, the squarish built on is a bit underwhelming 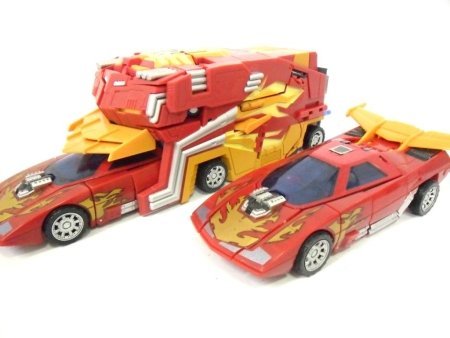 With Classic Rodimus. The difference is length with and without the add on 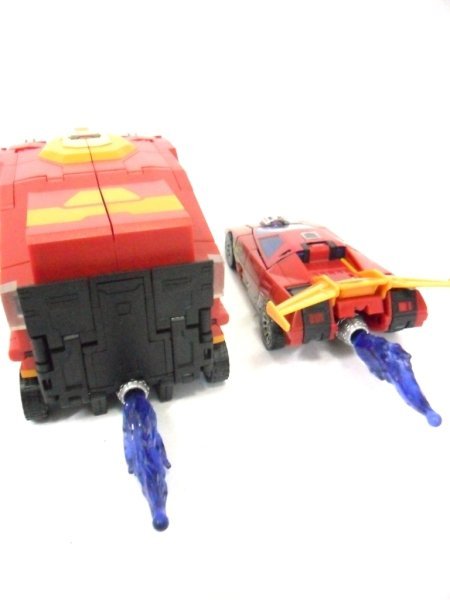 The Add On maintaining the ‘fire’ gimmick as Rodimus had

Fact : The original fig was really limited. The add-on somehow enhance it’s articulations compared to the base figure

The design can be seen more in the alt mode rather the robot mode. The flame sculpt really was an awesome design. However, by time, this does ‘gets old’

Not much really caught my intention aside from the potruding fire on the the chest and the flame sculpt. It really is a good addition to the fig but doesn’t do much practically

Fans Project does maintain the standard in terms of the paintjob and he was indeed what a Classics/Henkei Rodimus Prime should be.

Personally, the high point of the figure was the transformation. Easy as it looks, it does felt more involving. However, it does stop there.

Does the add on worth the price? Even more since only small parts are really ‘involve’ in transforming Hotrod into Protector (Rodimus Prime). Well, yes if you are either 1) Rodimus’s Fan and 2) Classic Collector that really want to see Hotrod become more than what Hasbro released.

A really good addition to your shelf. A must for Classics Collector. And it shows how Fansproject has improved their product and design

Where's the 'tank mode' for the trailer?

The one which you connect roller to the trailer & combine them to become a tank,

our reviewer havent review that. will do so in the near future.

The one which you connect roller to the trailer & combine them to become a tank,

our reviewer havent review that. will do so in the near future.