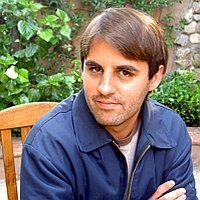 Tonight, IGN caught up with screenwriter Roberto Orci at FOX’s party during the Television Critics Association press tour, where he was present to support his series Fringe, which he co-created with J.J. Abrams and Alex Kurtzman.

Having written the first Transformers film, Orci and Kurtzman returned to work on this summer’s Transformers: Revenge of the Fallen, and Orci gave us a few more hints on what to expect, including confirmation on a rumor from last fall about a certain kind of Transformer making its debut in the new film. Those avoiding all SPOILERS on the film should look away now…

IGN: Last time we spoke, you revealed that Soundwave was in the movie and hinted at the possibility of Ravage, so I’m wondering if you can say anything more about what new characters will be in Transformers: Revenge of the Fallen.

Orci: So I said Ravage… maybe?

Orci: [As if giving a big reveal] Ravage!

IGN: [Laughs] Damn, I should have told you that you said Ravage for sure!

Orci: Hmm… I’ll give you an exclusive here. There is a Pretender. I’m going to get killed for saying that.

IGN: Well thank you for taking one just for us.

Orci: All for you.

IGN: Storywise, how does the sequel compare to the first one?

Orci: It’s an extreme [jump] from the first one. The outrageous, crazy humor is more outrageous, but then so is the serious side of it and so is the stakes of the Transformers plot and the seriousness with which some of their mythology is treated. So it kind of swings wildly between those two extremes, and that I think was one of the successful parts of the first movie. Again, some of the die hard fans will be equally annoyed at some of the things they see, but I can also say they will be more gratified than they were for the first one, to see how some of the Transformers story and how their battle takes place in the second one.

IGN: There was a leaked image the other day of a Sideswipe toy. I don’t even know if Sideswipe is in the movie, since the toys sometimes include extra characters, but the look of this toy was more like the original Transformers than the first film. On the design side, are the Transformers looking the same in this one, or are there some tweaks?

Orci: Well, you know, your favorites – Optimus and Bumblebee – look the same. Some of the new Transformers coming up, even the old Transformers that we had, have benefited from the fact that — I actually heard this from ILM — because they had all the rendering and the stuff from the first movie, they were able to get much more specific and articulate with their range of motion and emotions in the second movie, which has a bigger budget and it has all that research and development sunk into the original models. So there’s going to be more articulation of the characters facially, so I’m looking forward to seeing that. I have not seen how far they’ve taken it.