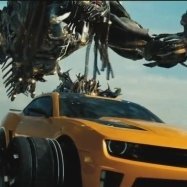 Transformers Dark of The Moon To Indonesia After All

Here is good news for Indonesian fans. They can stop flying to Singapore and Malaysia just to watch Transformers Dark of The Moon! The government has decided to get a new importer – Omega Films to get those movies in. Read on!

After more than seven months of making do with sub-par B-movies and cheap Thai horror flicks, movie buffs in the city rejoiced when the government decided to name a new film importer that would bring blockbusters such as Harry Potter and the Deathly Hallows Part 2 and Transformers 3: Dark of the Moon to local cinemas soon.

“It is very good news because while Hollywood films were gone, we also ran out of quality local films. We only have one form of entertainment; horror movies,” 24 year-old Juwita Ajeng Windakhrisma told The Jakarta Post on Sunday.

Juwita, who visits the cinema at least three times a month, said that she now could return to her usual cinema habits.

The Indonesian Union of Cinema Owners (GPBSI) announced over the weekend that the Indonesian government had reached an agreement with the Motion Picture Association of America (MPAA), the umbrella group for six major Hollywood studios that boycotted Indonesia over disputes regarding the import rights of Hollywood films. 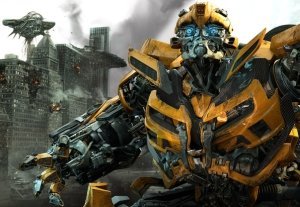 Am coming to Jakarta dongs!

According to the agreement, film importer Omega Film would be given the right to import and distribute blockbuster films, including the much-anticipated Harry Potter and the Deathly Hallows Part 2 and Transformers 3: Dark of the Moon, which GPBSI said would hit theaters by the end of this month.

The good news is that the blockbusters would likely be screened by more cinema chains.

Marketing director of Blitz Megaplex Dian Sunardi Munaf said that although the cinema chain is not a member of GPBSI, it would also simultaneously screen the Harry Potter film on July 29 with the 21 Network.

Movie buff Andika Ramadhan said that the return of Hollywood films would likely provide a breath of new life for local cinema chains.

“I thought they would go bankrupt soon, because they have lost so much of their audience over the past few months. This will save them,” he said.

Actor and script writer Mike Lucock said that the return of Hollywood movies is a “very big deal”.

“Locals cinemas do not only serve as the place for us to see movies. They are also places where we can bear witness to talents from all over the world,” said Lucock.

He added that for people in his line of work, Hollywood movies could serve as a priceless source of “inspiration, motivation and wisdom.”

Other movie fans, however, expressed caution over the news regarding the return of Hollywood films.

“The government would likely go after importers that had not paid back taxes and this would make the problem more serious,” he said.

The ban on Hollywood films came after government findings early this year revealed that local distributors of foreign films may owe Rp 30 billion (US$3.5 million) in unpaid taxes and royalties over the last two years.

As part of a deal with MPAA, the government then decided to increase the tax for new Hollywood films by 100 percent.

GPBSI however has assured moviegoers that there would be no price increase in tickets, at least for the new Harry Potter film.

Some movie fans, however, doubted that ticket prices would remain the same.

“If movies other than Harry Potter and Transformers begin to hit cinemas, it is only a matter of time before the price of tickets increase,” movie fan Erlina Q. Aina said.

Erlina said that she observed that certain cinemas she frequented had already doubled the price of tickets ahead of the screening of the Harry Potter and Transformers movies.

“The return of Hollywood films would be meaningless if ticket prices shoot up. In the end, people would prefer buying pirated DVD’s,” she added.

Note: Until this writing, Indonesia is still listed as TBC in Transformers Movie