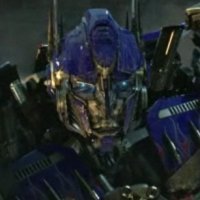 A 30-second spot starring Optimus Prime and Megatron will air during NBC’s pre-show of the Big Game on Feb. 5 to kick off the ad campaign for Transformers: The Ride 3D, which Universal Studios Hollywood opens in May. 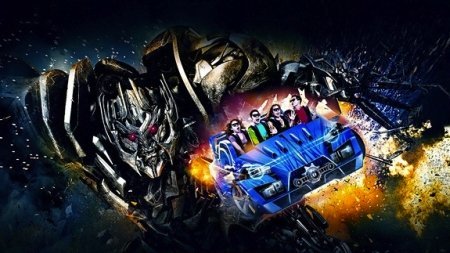 Universal Studios Orlando similarly used the Super Bowl in 2010 to launch its marketing effort for the Wizarding World of Harry Potter.

Borrowing character designs from the film trilogy, the new motion-based “Transformers” ride will tell an original story and use effects and 3D visuals created by Industrial Light & Magic to put guests in the middle of the battle between the Autobots and Decepticons. Franchise-director Michael Bay consulted on the ride that Steven Spielberg exec produced. Spielberg, who serves as a creative consultant to the theme park division, has also helped develop “Jurassic Park: The Ride,” the “E.T. Adventure,” “Jaws” and “War of the Worlds” attractions.

Universal Parks & Resorts licensed “Transformers” from Hasbro to create what U is calling its “most ambitious ride ever created.”

While the Super Bowl ad will give viewers a first look at the attraction, the spot will also launch the online game PrepareForBattle.com. In the game, players compete to rise up the military ranks by completing missions involving exclusive videos, downloads and trivia. A grand prize includes a trip to experience the “Transformers” ride.

NBC is charging advertisers up to $4 million for each 30-second ad that airs during Sunday’s championship game between the New England Patriots and New York Giants, but U is getting a discount since the “Transformers” spot will bow before the teams hit the field.

A trailer for Universal Pictures’ actioner “Battleship” will play during the game.

The “Transformers” ride is the latest addition to Universal’s Hollywood theme park, after the opening of “King Kong 360 3D,” as part of its backlot tram tour. Park is making room to add its own version of Florida’s Wizarding World of Harry Potter.

U declined to disclose just how much it will spend to produce the attraction, but the company is said to be spending significantly more than the roughly $40 million it ponied up to build “The Simpsons Ride.” An identical “Transformers” ride already is open at Universal Studios Singapore.

The project, which replaces the “Backdraft” attraction and Special Effects Stages, is the second time Universal Creative, which designs attractions for U’s theme parks, has partnered with a major effects house on a ride after working with Weta Digital on Peter Jackson’s “King Kong 360 3D,” which opened in 2010.

CybertronCon Reaching The Shores of Singapore in March