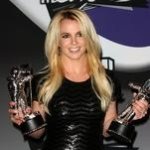 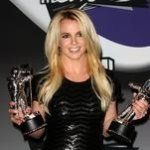 Not sure about LOL-ing on this but Hasbro is going to do a collaboration with pop diva Britney Spears for a dancing game! Britney Spears is putting on her dancing shoes for a new game called Twister Dance.

“So excited to announce that I’ll be working with #Hasbro on their new game called Twister Dance. You guys are going to love it!” the 30-year-old “Criminal” singer tweeted Thursday.

According to PopCrush, the new game brings the original Twister game together with influences from interactive dance video games. It features LED spots that flash to the beat of a song, those which include songs by Ke$ha, Willow Smith, and of course Britney Spears, who will lend a new remix of “Till The World Ends” to the new game. The game also allows players to connect their own mp3 devices to the game’s console to dance to more of their favorite songs.

Twister Dance will hit stores in the fall. Britney Spears will be featured on the packaging, in TV ads, and will serve as teacher in dance instruction videos for the game. She says that she loves the game, her boys Sean and Jayden love the game, and so will you.

“Dancing has been such an important part of my life since I was a little girl,” Spears said in a press release. “As soon as I saw the new Twister Dance game, I knew I wanted to be involved. I think kids will love rocking the spots and dancing to the music as much as my boys and I do. It’s a lot of fun!”