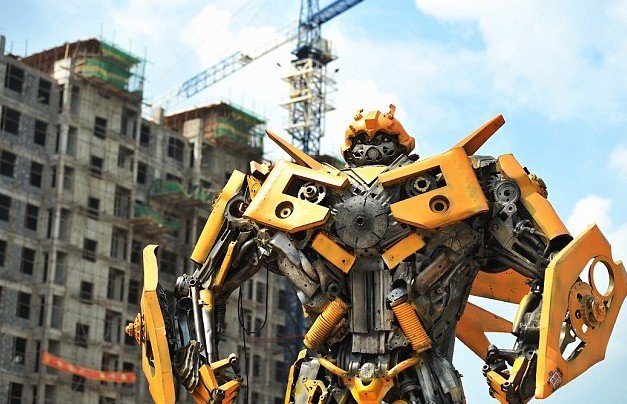 China has been a big bastion for Transformers fans and with the latest instalment topping box offices around the world, it is little surprise the Transformers movie franchise has become a global phenomenon, even in China.

The blockbuster robot series made its latest step in a quest for world domination at the weekend when 13 giant structures from the film were installed at a park in north-east China.

Their appearance follows reports that China could be home to an upcoming Transformers theme park.

Chinese news reports suggest that the temporary Transformers have been placed at the site of a 60,000 square-metre attraction at Emerald Park.
It is unclear what form the theme park will take, what attractions will be included, or when it is set to open to the public.

But if the replicas are anything to go by, the Transformers theme park could see the same kind of success as the latest special effects chart topping film, Transformers: Dark of the Moon.

Despite being critically panned, the third Michael Bay film in the CGI-heavy robot saga raked in the cash at the box office, taking $116.4million in the U.S. over the Fourth of July weekend.

The sci-fi sequel has added $217million overseas, bringing its worldwide total to nearly $400million in its first week.

Overseas, 3-D admissions accounted for 70 per cent of ticket sales.

Although most of the robot replicas will be removed once construction on the Transformers theme park begins, Chinese reports suggest the giant 10-tonne Optimus Prime will remain in place.