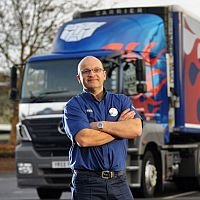 Tesco Got Truck Rigged To A ‘Primey’ Mood

Christmas is around the corner and with the hype of Transformers is still ongoing, Tesco via their truck driver has taken the initiative to transform one of the truck from their fleet into an ‘Optimus-ish’ deco.

A veteran long serving lorry driver Paul Tremaine who is also a British transfan submitted a request to Tesco bosses asking them if they could get one of their lorry ‘pimp up’. Paul was surprised with his bosses reaction, they agreed to have one of the rig pimped-up as the infamous Optimus Prime. 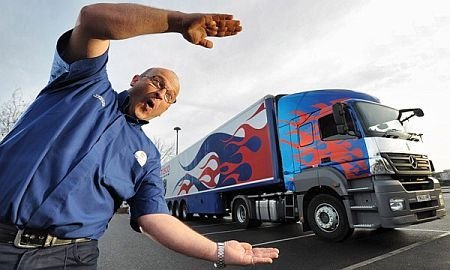 With Paramount Home Entertainment giving their green light as well, Tescoptimus Prime was eventually born. Mr Tremaine can’t wait to get behind the wheel of his new vehicle:

“I am really excited to get Tescoptimus Prime on the road. It’s great that the hard work that us HGV drivers put in has been recognised by Tesco and Paramount Home Entertainment giving us a bit of fun and excitement in the run up to our busiest time of year.” 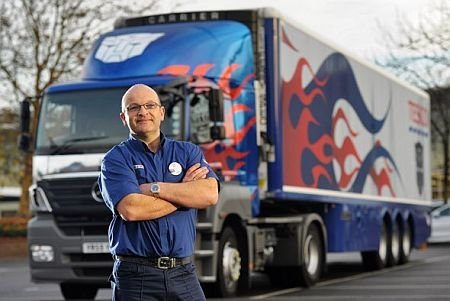 Paul standing proud in front of his rig

Tescoptimus Prime will deliver the first batch of the new Transformers film, Transformers: Dark of the Moon on DVD to Tesco stores from now until January 2012.

According to Tesco trade planning manager, Joy Baish, “Transformers: Dark of the Moon is likely to be a huge hit this Christmas. The lorry will help to raise awareness about this fantastic release.” 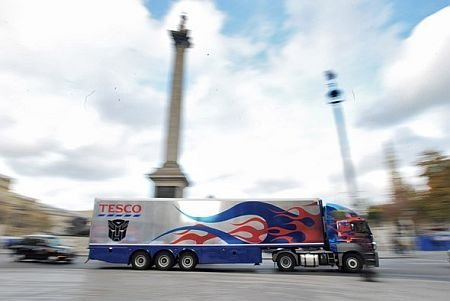 Tescoptimus Prime will be around from Dec to January 2012

Tescoptimus Prime will only have a short life before it’s taken off the roads in January 2012.

But Tesco, surely that gives you the opportunity to do another one then? With characters such as Sideswipe, Ratchet, Inferno and Smokescreen also featuring in the Transformers franchise of movies, on second thoughts, maybe it’d send out the wrong message.