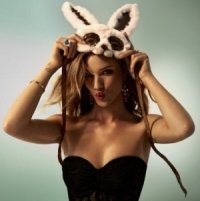 Rosie’s Knowledge of Transformers is Zero

As you all know, Rosie Huntington-Whiteley replaced Megan Fox in the new Transformers movie after Megan associated Michael Bay with the likes of the Nazi dictator, Adolf Hitler. Although, even though Rosie worked with Bay on a Victoria’s Secret campaign, she probably still had to audition by washing Michael Bay’s car in Daisy Dukes and a bra-less white top while epic music played in the background and things blew up. 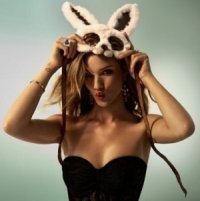 Unicron whaaat? I'm a farm girl, not a fan boy!

Anyway, you’d think a sort of central character cast in a huge franchise would at least learn a little something about said franchise. But you know models. It’s always “I don’t have time to read up on this because I’m busy trying on clothes” or “I need sex right now.” Always take, take, take. That is to say, Rosie knows nothing about Transformers except for what she learned from the two previous movies.

Did you watch Transformers cartoons to prepare for your role?
No. I’ve seen the Transformers movies before, but I haven’t seen the cartoons or played with the toys. I grew up on a farm in the southwest of England. I think I had about two toys my whole childhood. I was in the woods, riding my bike and my horse.

Yes there are.
I don’t know. It’s not in the movies. They’re all males. No, I don’t reckon they do. I don’t think they have sex.

Do you have any insight as to how that role opened up?
Well, the character Carly is Sam’s new girlfriend, and she’s a British girl. She’s a new character so I got to really put my stamp on it.

Right, but what happened to Megan Fox?
That’s a question for the filmmakers. I haven’t given it much thought.
Have you ever heard of Unicron?
Unicron? No. What is it?

It feels like that’s the point when the interviewer gave up asking anything Transformers related and went back to a generic boring interview. Whatever though, respect the fact Rosie isn’t pandering to the nerd demographic by pretending to be something she’s not.