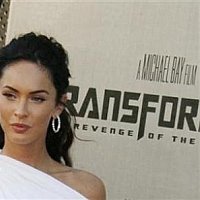 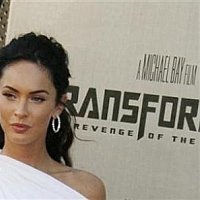 Megan Fox has reportedly shrunk down to less than a size 0, after wanting to lose her famous curves in order to be taken seriously as an actress. The ex-Transformers star, who caused concern last summer after looking “extremely thin” at the premiere of her film, Jonah Hex, is apparently “desperate” to slim down further, so much so, that she has become a fan of fad dieting.

A friend of Fox’s told Now magazine: “She’s already lost almost a stone in the last eight months. But she wants to lose more because she thinks it’ll help her be taken more seriously as an actress.”

“She wants proper dramatic roles and she believes losing her curves will help her do that. She’d like to do period dramas like Keira Knightley, not just been seen as a sex symbol.”

They continued: “If she can’t count all of her ribs she feels overweight. She’s trying on size 0 pants from summer and they hang off her. When she was working on Transformers she was a healthy 8st, but now she’s a tiny 7st 4lb.”

Explaining Megan’s dramatic weightloss, her pal continued: “She’s a fan of fad diets and switches every five days. She wants to shock her body into losing calories.”

The magazine also claims that the 24-year old’s hubby, Brian Austin Green, is “worried she’s taking things too far”, especially as they have reportedly been trying to start a family since their wedding last year.

The insider added: “They’ve been hoping for a baby since tying the knot in the summer. Losing weight is going to be more difficult.”