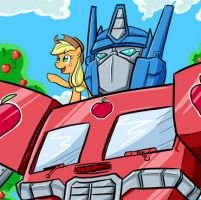 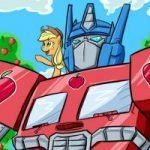 Optimus Prime from Transformers is hopping a ride along with My Little Pony to head to Asia, thanks to new carriage deals inked by Hasbro in Singapore, South Korea and Hongkong, three of most Pac Rim most powerful markets.

Broadcasters will all bring the animated, English-language Transformers Prime to their audiences, hoping to capitalise on interest in the brand following the latest installment of the bombastic, Michael Bay-tastic movie franchise.

On the other side of the testosterone scale is My Little Pony: Friendship is Magic, which is being picked up by Singapore’s highest-rated kids’ channel, Okto, along with Transformers. Both titles will debut on the English-language channel in daytime slots.

While children’s programming is notoriously difficult to export thanks to cultural differences in markets around the world, a love for ponies with braidable rainbow hair and robots that can turn into really sweet conversion vans seems to be universal.

Finn Arnesen, Hasbro Studios’ senior VP of international distribution and development, hopes more winning characters can be found. No word on whether the compay’s most famous offering, G.I. Joe, would translat. But he indicated that Asia would continue to be a focus for expansion for the kids-content powerhouse.

“The deals with these three powerhouse channels represent a significant first step in our expanding international strategy throughout this vitally important region,” he said in a statement, adding that he plans to “develop and grow the Hasbro Studios brand in Asia.”