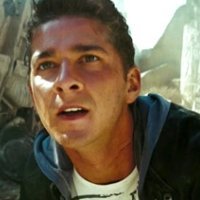 Earlier this spring, movie fans everywhere were surprised to hear that Megan Fox wouldn’t be back to fight evil alien robots alongside Shia LaBeouf in “Transformers 3.”

Fox has been replaced by Victoria’s Secret model Rosie Huntington-Whiteley, who will play a new love interest for LaBeouf’s Sam. And it seems like LaBeouf has mixed feelings about the switch-up.

“I love Megan and I miss the girl,” LaBeouf told USA Today from the set of the third film. “But Sam and [Fox’s character] Mikaela became one character, and here … you have discovery again from a new perspective.”

It isn’t just LaBeouf who is hoping that some change will revive the franchise. Director Michael Bay told the paper that he hopes the third film will resolve some of the problems that fans and movie critics disliked in the second film, “Revenge of the Fallen.”

“I’ll take some of the criticism,” he said. “It was very hard to put [the sequel] together that quickly after the writers’ strike [of 2007-08]. … This one really builds to a final crescendo. It’s not three multiple endings.”

“One thing we’re getting rid of is what I call the ‘dorky comedy.’ So the twins, the two bumbling, slang-spewing robots? They’re basically gone,” he explained, adding that John Turturro will still be on hand for comic relief. “The movie is more of a mystery. It ties in what we know as history growing up as kids with what really happened. As a trilogy, it really ends. It could be rebooted again, but I think it has a really killer ending.”