The canons that look more like gatling guns, emerge from the sides just before the windshield of the vehicle mode and on his shoulders close to his head in robot mode.

Additionally, the prototype image shows the robot with fewer paint apps and painted allspark blue windows. The final figure may differ from what's shown on the card back.

Here we can see what would appear to be a new retool of deluxe concept Camaro Bumblebee with new arms, and shoulder cannons.This makes at least three different Bumblebee deluxe figures that will be coming to Revenge of the fallen toy line. Something tells me there's going to be many more.

There's another image show that is unidentified. The other prototype would bear an striking resemblance to Transformers Animated Ratchet's pre-earth vehicle mode, although it may also be Ironhide. What do you think? 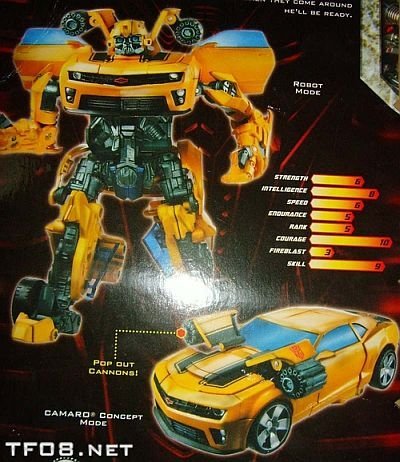 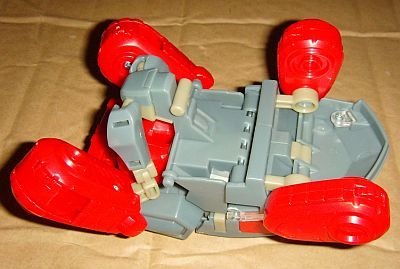