The video shows filming in a highway portion as cars suddenly peal out of the way to probably avoid a CGI Transformer. After that it shows a massive looking explosion with debris flying everywhere. Pretty cool looking. In the first picture, it was clearly visible that there was a tanker with some littered fully blown up cars. Fire littered the way as crews are on the side perhaps waiting for orders to proceed.

The second picture shows how the Chinese cop cars  storming the intersection probably involved in a high speed chase or simply responded to the explosion scene. Followed closely by Cheyenne as a rig car, the scene portrays high tension that occurred in the highway waiting for us to find out. 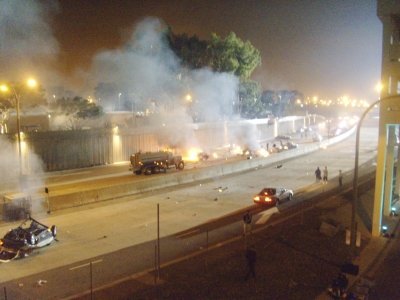 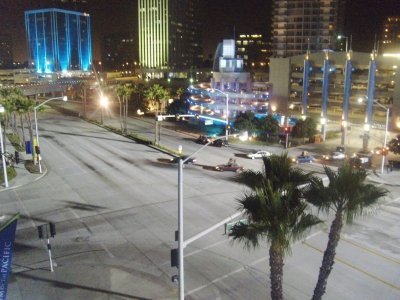 In addition he provided more pictures of vehicles including a blue Chevy Volt. In the third vehicle you can see what might be the same car (or just another prop car) as it crosses an intersection. The last picture is more of the aftermath of the explosion from the videos