The Movie Chronicles blog is reporting that Transformers: Revenge of the Fallen will be closing the Queensway Bridge in downtown Long Beach, CA. Part of the filming will include "precision driving…with car stunts and explosions…"

The picture is from bruxhina's flicker account and reports part of the areas "has been transformed into little China, with street signs in Chinese." I wonder if this is related to Gettodeath's recent pictures. Chronicles also noted that parkings lots have been set up on Pacific and 4th which could be used for production parking or to store the Transformer vehicles. 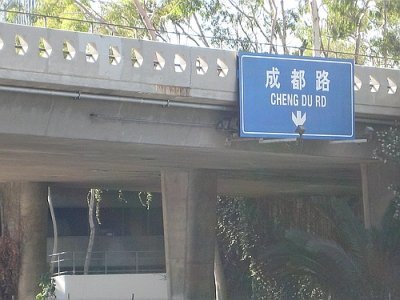 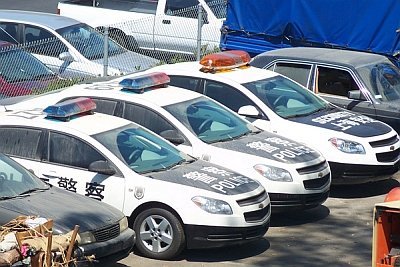 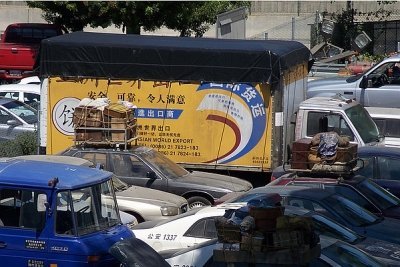 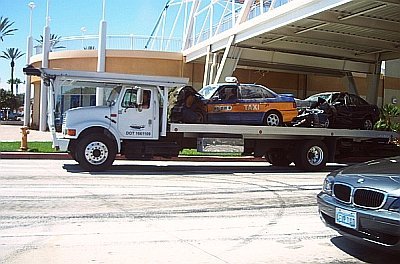 Chinese banged up cab and extras 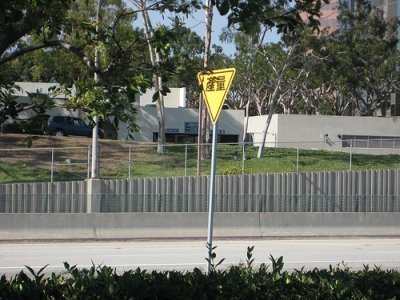 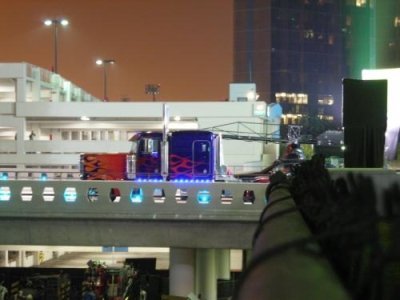 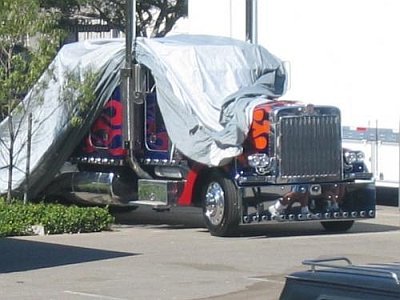 Eye witness Ranger565 posted a brief report of what he saw:

"OK Well I work in the area and they have the whole area set up to be China, as you guys know. Now I did see Prime, Bumblebee, the silver corvette, 2 blue cars (small) and Ironhide. All were parked on the back lot behind Catalina Landing!

The scene I witnessed was a traffic scene where they were driving down Shoreline Drive and then 2 flatbed Trucks merge into traffic. THEN BOOOM!!! One of the two trucks blew in half."

NOTE: The Autobots were not in the blow up scene. That’s it the stunt guys got out the cars and the Helicopter flew off. But man that truck blue the trailer hitch right off. Then I heard that it may not have gone according to plan. Both trucks were [supposed] to blow up.