This philosophy, while disagreeable to some, did yield the break out performance of Megan Fox, who has since been named by FHM as the Sexiest Woman in the World, a title that was confirmed a day later when.. well, we confirmed it.

In Transformers: Revenge of the Fallen, Bay has decided to bring in a new hottie, not to replace Megan Fox, but to replace Transformers hottie #2 Rachael Taylor, whose nerdy-but-smokin’ Aussie scientist character will not return for round 2. Insert fellow sexy Australian actress Isabel Lucas, who showed up on the UPENN shoot a few nights back to shoot a scene with Shia Labeouf.

Allegedly, some sort of frat party is happening that involves Shia rolling up in a slick concept car who you know by now to be Bumblebee. Remember the formula — get the car, get the girl. It appears that this particular scene puts that formula to the test, as you can see from the pictures above and below. 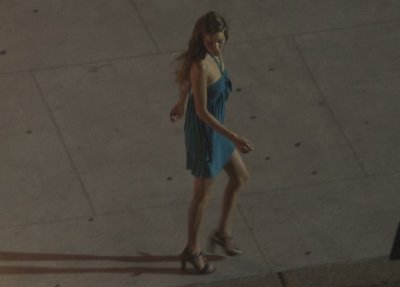 This does lead us to wonder, however, what Ms. Fox’s character is going to say when she finds out that Sam Witwicky’s new “friend” is putting her sexy collegiate hands all over his, um, vehicle. Is there a cat-fight in their future? We can only hope so. 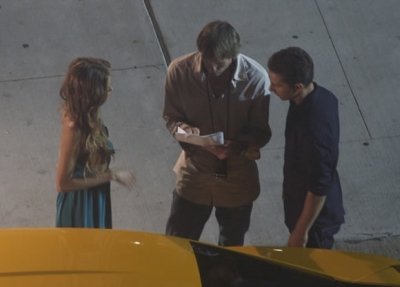 As for the production, it has moved back to the campus of the University of Pennsylvania, where it will continue for a few days. Reports have said that the production will be in and around the Philadelphia and New York areas until the end of next week, with rumors of a Brooklyn Bridge scene being filmed on June 22.