I am convinced that truck is a Transformer. It’s been seen on two separate sets on two different coasts in the proximity of other TF vehicles. The cost of transporting the vehicle cross country isn't worth it just for Bay's nonexistent misinformation campaign. With the Trax and the pink truck in the same set, I am wondering if this disproves the theory that the Twins are the truck and later convert to the Trax and Beat. Maybe the vehicle is Kup. Way back in February, Bay had suggested there might be a "geriatric robot". Thanks to Michael for the link.

In another development, The AirForceTimes.com has posted an article about the casting of extras for the filming of a Hollywood movie at the Holloman Air Force Base in New Mexico. Though the name of the film is not confirmed, it is without a doubt the new Transformers movie, Transformers: Revenge of the Fallen and is perhaps the location where those photos were originated from. The Holloman Air Force Base was also used during filming of the opening "Blackout attack sequence" of the 2007 Transformers Movie. Over 200 extras will be recruited for the shoot – no word yet on what (or when) they are filming. 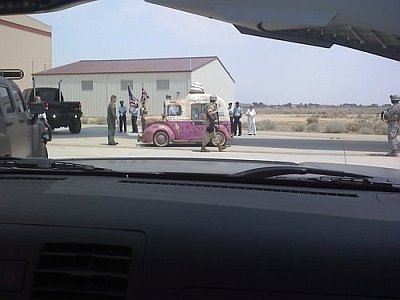 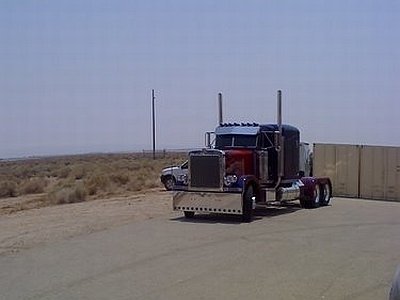 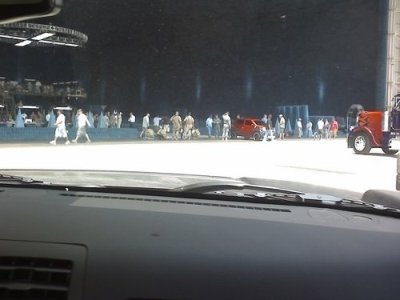