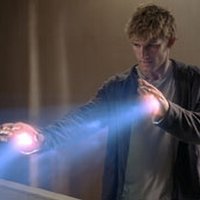 I Am Number 4, ‘Transformers’ Producer’s Masterpiece 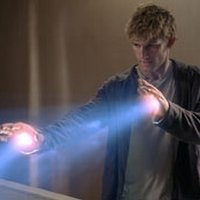 From the director of the No. 1 box-office hit “Eagle Eye” and the producer of the blockbuster “Transformers” series comes DreamWorks Pictures’ “I Am Number Four,” a suspense-filled action-thriller featuring relatable, engaging characters grounded in the familiar realm of high school but caught up in a deadly manhunt.

Based on the best-selling book by Pittacus Lore, “I Am Number Four” revolves about an extraordinary young man, John Smith (Alex Pettyfer), who is a fugitive on the run from ruthless enemies sent to destroy him.

Changing his identity, moving from town to town with his guardian Henri (Timothy Olyphant), John is always the new kid with no ties to his past. In the small Ohio town he now calls home, John encounters unexpected, life-changing events—his first love (Dianna Agron), powerful new abilities and a connection to the others who share his incredible destiny.

The film’s classic dramatic elements are set to draw the audience into the thriller from the opening scene to the climax. The lead character, John Smith, is struggling with the realization that who he always thought he was and who he really is are polar opposites, and he must make up his mind whether or not to accept his destiny—and the sacrifices it entails.

As producer Michael Bay says, “John aka Number Four has a destiny that’s going to catch up to him whether he wants to face it or not. That’s where the drama of this movie comes from. This teenager finally finds what he’s looking for, but he can’t have it because he has to save the world first.”

At the same time, John is a typical teen, pushing boundaries, challenging his guardian Henri at every turn, but not fully realizing the consequences. It is real-life drama with high stakes.

The character-driven suspense will keep viewers on the edge of their seats. As director D.J. Caruso explains, “The more you care about a character on a real level, when you put him or her in suspenseful situations, the more real and the more terrifying the suspense is going to be because you really feel for that character.”

Caruso found that combining the real-life drama the characters experience in “I Am Number Four” with their otherworldly abilities and keeping it “real” was both an enjoyable experience and a challenge for him as a filmmaker. “The thing I enjoyed the most was keeping the drama incredibly real so that when the fantastical kicked in, you were relating to it on a human level,” he says.

“I Am Number Four” is the biggest effects movie Caruso has ever done and he is finding Michael Bay’s experience as a director of such mega-hits as “Transformers” and “Armageddon” an invaluable help. “Michael has been very helpful with the physicality of what needs to happen on set when you are dealing with a CG character,” explains Caruso.

Michael Bay equally admires his director, “D.J. has an incredible ability to get in touch with the reality of his young characters’ lives. It’s not easy to make an alien kid with super powers feel real—an authentic hero that audiences could relate to.”

Caruso was immediately captivated by the story of “I Am Number Four,” particularly the character of John Smith, played by Alex Pettyfer. “I was really attracted to it from the character standpoint—this disenfranchised teenager who keeps moving around, not really putting down roots, and trying to figure out who he is. At the same time, he’s got this hidden destiny. I thought it was a really cool story.”

Caruso admits that he is interested in characters who are going through a dark period. “Through that darkness they figure out where the light is, and they find something good. What I enjoy exploring is the notion that you have to experience some bad things in order to grow up, and to find out who you are. Thematically, that happens in this movie as well.”

Opening soon across the Philippines, “I Am Number Four” is distributed by Walt Disney Studios Motion Pictures International through Columbia Pictures.