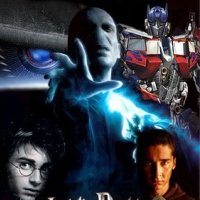 Wizard boy Harry and his mates went out head-to-head against Transformers with a bang when ‘Harry Potter and the Deathly Hallows: Part 2’ hit theatres over the weekend.

The cinematic phenomenon broke the single-day box office record on Friday, pulling in $92.1 million in U.S. and Canada. The movie also set the record for best three-day weekend, previously held by ‘Dark Knight,’ raking in a cumulative $168.5 million for the weekend opening.

‘Transformers 3,’ last week’s champ, made $23.5 million over the weekend, bringing its running total to $475.5 million. The comedies ‘Horrible Bosses’ and ‘Zookeeper’ made $17.5 million and $12.5 million respectively.