The likes of Kate Hudson, Marion Cotillard, and Judi Dench are among those mentioned to be invited to Fergie and Josh's nuptials, Access Hollywood exclusively reports. Still, neither Fergie nor Josh has commented on the report, which emerged just one day after the Black Eyed Peas singer wrapped the production of "Nine" in Europe.

Stacy Ferguson, 33, and Josh Duhamel, 36, have been together since 2004. The actor proposed to her in late 2007. Since then, both of them were often hit with wedding reports.

On Thursday, December 18, it was reported that the longtime celebrity lovers will tie the knot in a ceremony, set to be held on January 10 next year in Southern California. Getting themselves ready for the forthcoming big day, they reportedly have hired famous wedding planner Mindy Weiss to help them with the details of their nuptials. 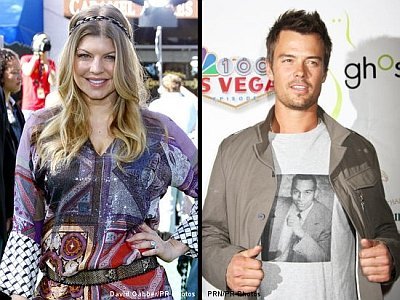 Moreover, the pair reportedly has Fergie designing their wedding cake by herself. "It's over seven feet high and covered in flowers. Each layer will be a different cake flavor, so guest will have a choice," it has been reported.