If you couldn't get enough the first time, right now production is under way on Transformers: Revenge of the Fallen (I'm still saying Michael Bay is trying to fake us out with that title) and it'll hit screens next June. Meanwhile…

Tim Flattery and James Clyne have just published on their respective websites some of the concept art that they came up with for the first Transformers movie.

Clyne's work includes some terrific depictions of Megatron being held captive by Sector 7 and Scorponok's attack on the SOCCENT survivors.

Flattery's art features a lot of paintings of the often-mentioned aircraft carrier Transformer (said to have been a Decepticon) that Bay wanted to use in the first movie. 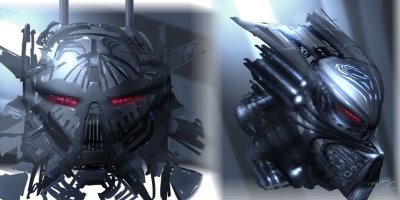 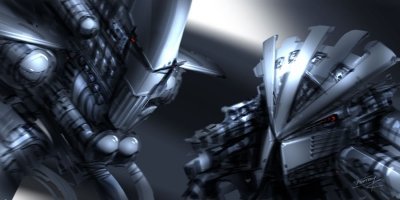 Maybe it's a good idea the aircraft carrier wasn't used: the poor guy in that picture probably needed some clean underwear after seeing that thing rising out of the water.