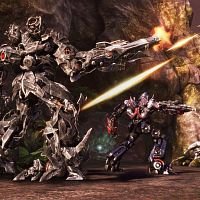 ‘Best Movie-Based Video Game’ Goes To Dark Of The Moon 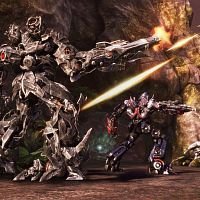 For gaming freaks, here is a fresh new research report from a gaming comparison and marketplace website has revealed which video games based on films are the most popular amongst gamers; with ‘Transformers: Dark of the Moon’ clinching the top spot.

Due to last week’s much anticipated video game release of Batman: Arkham City, a video game comparison and marketplace website has conducted a poll in order to look into which video games, based on corresponding films or film franchises, have been most loved amongst gaming fans.

The study, conducted by www.Playr2.com, polled 1,112 video game fans; asking them questions surrounding which games, based on films, they favour the most.

Respondents to the poll were asked to label which video games, based on films or film franchises, they believed to be the best. Respondents were able to choose more than one answer, based on which movie-based games they favoured.

According to the results, the ‘Top 10 Best Movie-Based Video Games’ were as follows:

Simon Kilby, Founder of Playr2.com, commented on the findings:

“Video games based on films have long been popular within the gaming industry, and the recent release of Batman: Arkham City proves how much of a buzz they can create. With this research, we really wanted to see which games based on films had really made an impression on gamers; and which ones remain as the most popular.”

“It was interesting to see Transformers: Dark of the Moon at the top spot, and nice to see some older games, such as Goldeneye 007, voted in the top 10. Whilst some games based on film franchises can often seem a little contrived, many are genuinely good games in their own right; and it is clear from this poll that many are well-loved amongst gamers.”

Seems like DOTM game redeemed itself after the failures to appeal in the first game and ROTF. Kudos to the makers!