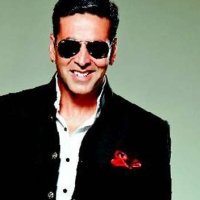 Peter Cullen got a pair after all, the Hindi version. Akshay Kumar has been tasked by Michael Bay to dub for his big budget sci-fi spectacle Transformers Dark Of The Moon in Hindi. Akshay known as Akki will dub in Hindi for the voice of Optimus Prime, the commander of the Autobots faction in the film. 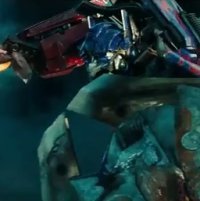 I will say Namashte the Cybertronian way, dig?

Akshay confirms, “Yes, I was contacted by Michael Bay and he asked me for my dates and if I wanted to dub for Transformers. I was super excited. I have seen the previous films and even my son (Aarav) loves the movies. I decided to do it for Aarav. Optimus Prime is a character with a lot of courage, determination and above all he is the leader of the good guys who fights to save the world. My son loves him and he really wanted me to do it too. I guess every child sees their super-hero in their dad.

“Akshay was pleasantly shocked when he received a call from the makers who requested him to dub for the film”, informs a source close to him, “Michael Bay, the man behind Transformers franchise was personally interested in getting him on board. He wanted someone with a powerful and commanding voice to dub for the Hindi version and felt that Akshay was most suited for the job.”

Though Akshay has worked in close to 100 Hindi films and doesn’t have any qualms when it comes to dubbing, he knows that dubbing for a character as powerful as Optimus Prime would come with its own challenge. More so because he would not be dubbing for a human being but a machine which is a valiant and heroic leader of the Autobots.

“He is up for it”, the source adds, “In fact more than him, it is his son Aarav who is mighty excited about his dad doing the film. He was waiting for the film to arrive this July and watch the film on the big screen. Now he has decided to skip the English version and instead opt for the dubbed Hindi version where he would be able to listen to his dad. Every child looks at his dad as a superhero. Akshay is doing the film for his son.”