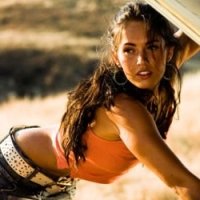 8 Things To Demand in TF2

Michael Bay has said in the past that he demands things to be awesome. In a similar way, we have always demanded the same of his films. And with the exception of a few, he has always come through. Last summer, he came through in a big way with Transformers, a CG-filled romp through the childhoods of many 80s babies that not only entertained us, it made the hairs on the back of our collective neck stand on end with excitement. 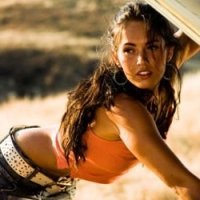 And in the wake of his success with the first, he has already moved on to begin production on round two, dubbed Transformers 2: Revenge of the Fallen. And with this second round, we will be demanding that he take it up a notch and deliver a film that is even more “awesome” than the first. In order to do that, we think that there are a few must haves — therefore we are happy to present “Eight Things We Demand from Transformers 2: Revenge of the Fallen” (in order for it to be awesome)…

Mr. Bay, we hope that you are taking notes.

1. More of Megan Fox looking hot, less of her talking…

For some reason, people were annoyed with the dialogue that would spew from the gorgeous lips of Megan Fox. And while I can’t agree with that, as she doesn’t bother me in any way, I will say that more of her looking extremely hot is a must. Then again, I have a feeling that Mr. Bay is aware of this, otherwise he wouldn’t have brought her back for the sequel.

Sure, the thought behind it was that it would lighten things up, but for most fans this is where the first film may have jumped the shark. We don’t need robots peeing on dogs and Optimus Prime apologizing like a sleazy SoCal surfer — “My bad, duuude.” Shia LaBeouf does well to keep things light by himself.

These big f–king robots were meant to engage in hand to hand (or wheel to wheel) combat, so lets see Transformers 2some of those CGI dollars get put to good use. Much of the first movie was spent with a small group of humans shooting at big robots — which is fun, but we need more. Also, please keep the robots in frame this time. The only annoying part of the big final fight between Optimus Prime and Megatron in the first film is that most of it happened off camera. I would have traded the “flying through a building” part for some one-on-one street fighting between these two titans any day.

4. Bring back the “this is way better than Armageddon” kid

This is more of a selfish request on my part, as I thought the self-degradation on the part of Bay was perfect for the tone of Transformers. If the man can make fun of his own movies within his own movies, then he has my respect. As well, this speaks to the tone that we all want from Transformers 2 — one that is not too serious. Keep it light (but not too light, see above) and fast-paced and you will have another winner.

We have already been seeing reports from the set of new and different kinds of cars (that will eventually be new robots), so we are already moving in the right direction. As well though, the desire for more robots should not outweigh the desire to have robots that are cool and that fit into the story line. We don’t need the Jar Jar Binks of Autobots to show up in the middle of the film and ruin the damn thing just for the sake of having a robot that turns into a Chevy Cobalt.

No, not literally. When we say dance, we mean that we want to see them move faster, be more agile and we want them in frame, damnit. The first film had to have made enough money to cover the extra effects, right? Spielberg once said that his goal with Jurassic Park was to make the dinosaur’s dance. What he meant was really bring them to life and make them important characters. This is something that should be kept in mind during the production of Transformers 2… And again, please no actual dancing robots.

7. Please, please, please do not decide to make the film for 3D half way through production

We know what you are thinking, Mr. Bay — and no, it would not be “awesome”.

8. Soundwave must be awesome, and please don’t make him an iPod

We have already seen the rumors that Wheels will be in the film, the remote controlled monster truck Autobot who is good for doing recon — he is basically the “Frenzy” of the Autobots, but cooler. With that in mind, fans would most like to see Soundwave in the second film, and even though he transformed into a tape deck in the animated series, making him an iPod is not cool. And for any fans whose hearts just jumped out of their chests at the mention of Soundwave the iPod, don’t worry — I don’t think it will happen, I’m just saying for the sake of saying at this point.

So there you have it, eight keys to success for the production of Transformers 2. As a fan of the first film, I have faith that Michael Bay will make another good one, but you just can’t ever be too sure. That said, I am curious to find out:

What do you demand from Transformers 2: Revenge of the Fallen?