The figure has donned some additional Chinese characters since we last saw it. We're guessing on the Chinese weiting, but the first character (from left to right) on the top of the cab reads, "big" something.

The top two characters painted on the hood of the figure reads, "Shangai" and the bottom two character reads "General." The back of the box also shown with his character summary as follows:

From the moment OPTIMUS PRIME took Earth as a new home for himself and his people, he was rededicated to its protection. Since that day, he has focused all of his considerable will and power on rooting out the last few DECEPTICONS and destroying them. To that end, he has upgraded and refined his sensor suite, and trained with IRONHIDE in tracking the evil robots. 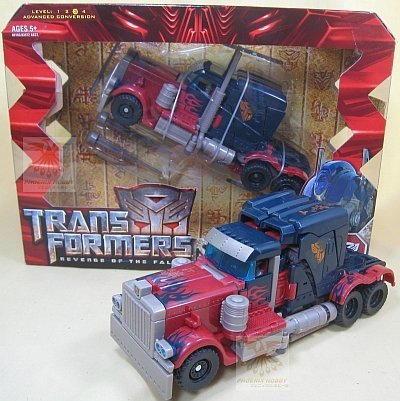 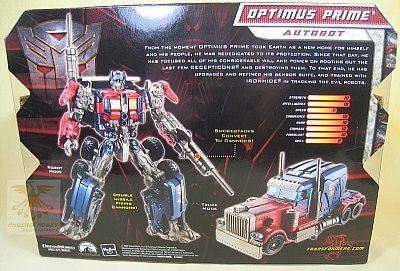 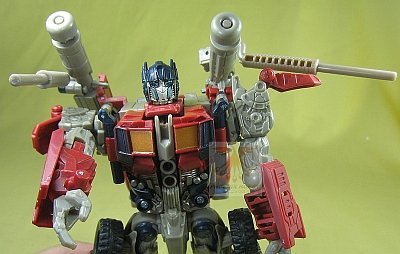