As many have said, you can’t believe everything you see on TV. The same can be said for the internet, upon which rumors, hearsay and diversions generally run a muck.

But is this the real teaser poster for Transformers: Revenge of the Fallen? I’m guessing its a fake, but we’ll probably find out shortly. Im not sure we’ve ever seen the Autobot or Decipticon pictured, but it looks like a cross between Megatron and the T-X from Terminator 3.

It looks like it could be pretty cool, if it were (a) real and (b) in focus. At this point, I would prefer in focus, but for now this will have to do.

We do not know about the validity of this source, but a poster has been seen that supposedly advertises the now filming Transformers live action movie picture, "Transformers: Revenge of the Fallen". The picture is distorted, but be wary of possible spoilers if legit. 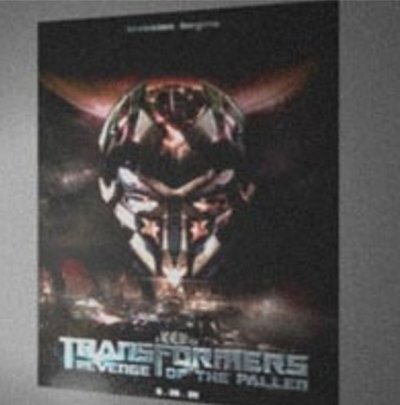