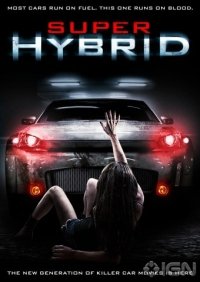 Transformers lied to us all! There are more intelligent car that not only had a mind of its own but can transform itself with only one idea in it’s mind – being murderous. This new horror flick, Super Hybrid tells the truth about smart cars and what they can kill for a living.

Check out an exclusive clip from Super Hybrid, which comes out on DVD in a couple of weeks.

Here is the brief description of the movie: 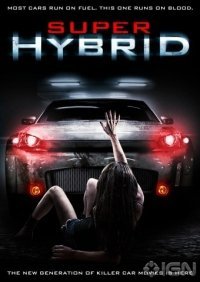 In the tradition of such “car from Hell” films as Christine, The Car, and Maximum Overdrive, Super Hybrid has been dubbed “a fun monster movie” (Blueprint Review.) From the producer of Punisher: War Zones and the director of One Missed Call comes the next generation in killer car movies with Super Hybrid, a high-speed thriller pitting man against the ultimate driving massacre machine! Anchor Bay Entertainment releases the parking brake with the August 23rd Blu-ray™ and DVD release.

Late one night, a mysterious car is brought into the Chicago police impound garage after a deadly traffic accident. The on-call mechanics soon discover the car has a mind of its own. With hundreds of horsepower and two tons of reinforced steel at its command, it’s a seemingly unstoppable killing machine capable of outrunning — and outwitting — humans.