Megan Fox Not Seen DOTM Yet 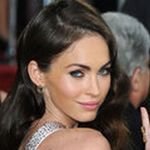 Since ‘booted’ out Megan Fox has been a bit bitter with this franchise. No surprise that prior to the release of DOTM, Megan Fox has claimed that she has not seen Transformers: Dark of the Moon.

The 25-year-old, who left the robot-based franchise shortly before filming on the third movie began, revealed that she plans to watch the latest Transformers instalment once it is available for home viewing.

“I haven’t seen it yet, but I will see it,” Fox told Moviefone. “I mean, if they hadn’t been hitting me so hard on the press tour, I would have gone to the theatre. But I felt like that would have been a disaster – me sitting with a packed theatre of people watching the movie.”

Fox continued: “I mean, I have nothing against watching it. And I love Shia [LaBeouf] to death; I love him unconditionally. And I love that crew. I’m really close to the hair, make-up and wardrobe that made that movie. I want to see it for them.”

The actress went on to clarify that she couldn’t bring herself to go see the movie in cinemas for fear of the comments that would be written about her.

“I couldn’t do it,” Fox said. “Then that would turn into not just me wanting to see the movie, that would have been like, ‘She’s trying to take attention from the movie by being at the theatre when it’s released’. It’s a lose-lose.”

Fox recently revealed that she quit her strict vegan diet after noticing how much weight she had lost and in July, a rep for the actress confirmed that Fox had a fling with former Transformers co-star LaBeouf.