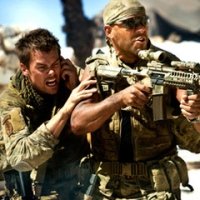 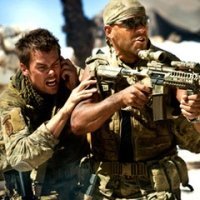 Transformers: Dark of the Moon, like Twilight Zone: The Movie and The Kingdom, both of which had high profile set injuries and deaths occur during production, is turning into one of those movies that you always feel slightly off about watching. An extra has already suffered a serious injury on set that has left her brain damaged.

A police vehicle racing to the scene of a real emergency had a collision with Bumblebee. And now, the production is being accused of hiring a man who has been arrested and charged with gun trafficking in several states.

Petty Officer 1st Class Nicholas Bickle is a thirty-three year old rogue Navy SEAL who was discovered to be supplying AK-47s and handguns he allegedly smuggled in from Iraq and Afghanistan. It was also discovered that one of his unmanned accomplices was keeping live C-4 explosives hidden inside his house. While this was all going on, Bickle was working on the set of the currently in-production Transformers: Dark of the Moon as a Navy SEAL consultant and extra.

This report, which stems from Wired.com, states that Bickle was the main gunrunner for a team of illicit gun salesman operating throughout the United States. Bickle was able to transport the weapons into the country because Navy SEALS aren’t required to have their bags checked when entering or exiting the States for any reason.

Nicholas Bickle is due in court for his arraignment today. There has been no comment from Paramount Pictures or Michael Bay about Bickle’s involvement in the movie.