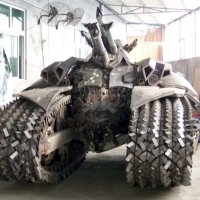 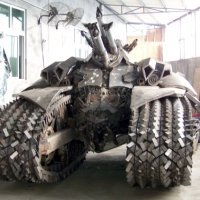 Right all of a sudden, Batman Tumbler replicas don’t seem intimidating at all. A Chinese artist dubbed as the “Steel Legend” has put together an incredible, huge replica of the Megatron tank from the Transformers 2 Revenge of the Fallen movie, as seen on ZCool.

What is shocking that this insane DIY project is almost five tons of hand-crafted madness!

As his name implies, Steel Legend is good at designing stuff that would make with steel, and this Megatron Tank was also made of steel.

Though this Megatron Tank looks menacing and powerful as the one in Transformers 2, this replica can’t even move. However, it’s still quite impressed, especially for Transformers fans.

The aggressive looking tank measures in at 4.5 x 3.2 x 2.5 meters, but no mention about how much the whole project costs. 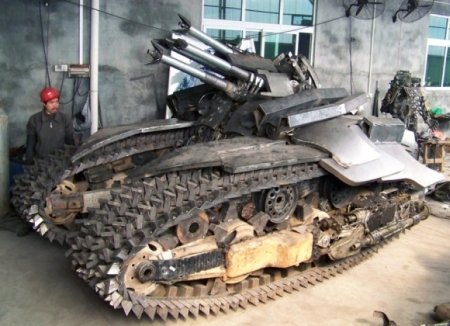 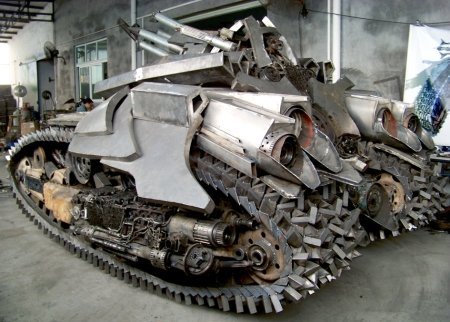 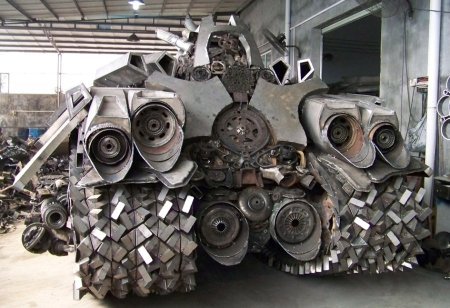 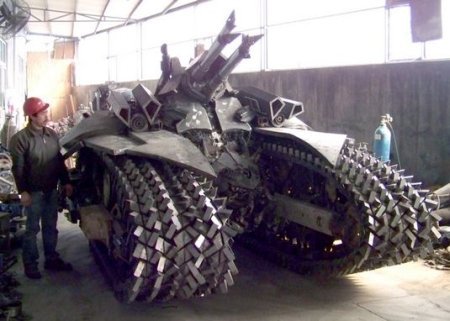 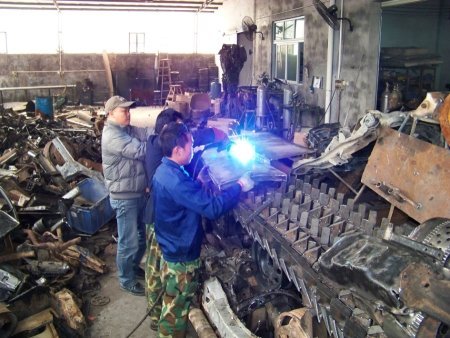 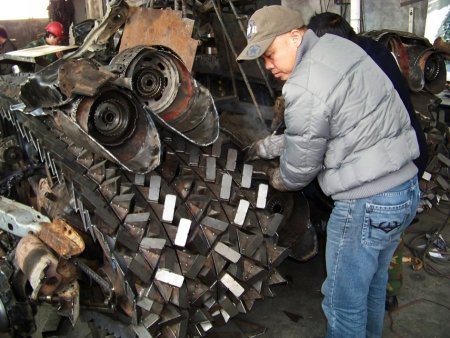 No, this is more of an oversized ornament for the particularly avid Transformers fan; it won’t reconfigure into an evil robot, either.

Still, as impressive art-pieces go, we’ve a soft spot for anything that looks like it could bring down an F-22 while simultaneously giving you tetanus.