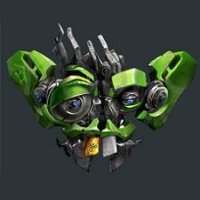 An Oscar Requiem For Transformers

While this was supposed to be the year that the Academy Awards opened their uppermost tiers to America’s favorite popcorn entertainment, there were some blockbusters that even the long, accommodating arm of Oscar declined to touch.

And optimistic as I tried to be about Michael Bay’s bloated, spray-tanned Razzie darling Transformers: Revenge of the Fallen, the Academy this morning issued a damning referendum on the $200 million-plus technical exercise by granting it exactly one measly Oscar nomination for Best Sound Mixing.

That’s right: No Visual Effects nod, no Sound Editing nod… Bay is no doubt kicking his tiger this morning at the realization that even Precious got a Best Editing nomination before his 150-minute action spectacle was considered. If you will, let’s take a brief moment for consolation’s sake.

Loud, bombastic, indecipherable and vaguely racist as it was, Transformers: Revenge of the Fallen was the kind of film that in any other year might have pressed into the tech categories en route to two or three nominations. 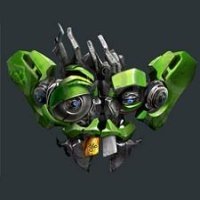 In 2009, though, Bay and DreamWorks fatally miscalculated that those oft-slummy ranks might forever remain slummy — that the categories wouldn’t for once, via fluke or design or some combination of the two, comprise films that both made money and provided smart, sincere entertainment to the masses.

I still thought ROTF might make the final cut, but I’m so glad to be wrong. After all, it’s not 2007 anymore, and the three Oscar nods earned by the franchise’s first film are a distant memory drowned out by the jive-squawking “comic relief” of Skids and Mudflap. (Or the deafening, shell-shocking roar of every pyrotechnic manufactured for Hollywood since, well, The Hurt Locker.)

Let us hope this is a new era — one in which even such pointy-headed but essential passions as Sound Editing are safe from the cynical hands of a director who’d just as soon be an M&M as he would be a discriminating craftsman, and one in which Oscar’s technical categories aren’t just an afterthought, but representative of the singular experience that makes an Oscar nominee indelible in the first place. (Except for Crash. No one will ever explain Crash.)

Anyway, consider this a hats-off to Hollywood in general for daring to fuse technique with soul, and to the Academy for daring to recognize that fusion. And as for Bay? Salvation awaits — between the lingerie videos and the Razzie appearances, salvation awaits. May we suggest The Littlest Boom?