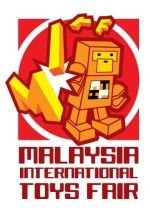 Malaysian International Toy Fair 2010 is an initiative of Malaysia Toy Fair. TransMY was a sponsored guest in the event and a small plot was allocated for us. Our attendance is just to spice up the event with our showcases and tutorial slot for kitbash. Among other collector’s club invited is Macross Malaysia.

Lack of security was a main concern as we do not have any barricading mechanism with us. Kosmonaut ended up using extra chairs to barricade the perimeter.

We stretched the distance from the displays creating a 3.5 feet buffer zone where naughty hands can’t reach the display (the would, if they had the will however).

They simply let their children loose by charging past our barricade and touch, kick and wanting to grab the toys on the wobbly table. Our members who were ‘guarding’ outside the perimeter have to act like goalkeepers to grab falling figures.

Around 5 of these incidents (all similar) happened throughout the day. Parents, please supervise your kids for yours and our safety. Broken toys are equivalent to our (collector’s) broken heart!. You cannot mend those!

The team were steadfast in rotating shifts of members taking meal break and prayers. Not only that the members done a good deal of being good informers and educationalist in the Transformers fandom to curious visitors, but they made good promoters too.

We were approached by people of many age divide that ask us all sort of questions of whether we are willing to sell our piece or not, can they join our future events or not, can they request our customizer to build (any of) their favorite characters or not, and lame questions such as ‘why arent’t we selling when everybody does’?

We kept our answer short and sweet by telling them we are a bunch of enthusiast who banded together as a non-profit group who shared the same interest and acumency in Transformers, that’s all.

We were impressed by the ladies who took pictures of macho robots at our booths. Transformers was very promising among the guys and surprisingly appealing to the girls as well. From the pattern that we observed, they had tendencies to like beastie type of Transformers in this case the Beast Wars. Some girls mistook us as Gundam booths which we are not. At least they were mecha and related to the same ‘industry’.

Our booth is a hit!

For us, this is still excusable as MITF was the first, and anything inaugural and debut are prone for many mistakes. We are not in the position to heavily criticise as they had given fandom groups like TransMY and Macross Malaysia and other businesses plenty of exposure.

However, there are plenty of room for improvements in the future if MITF (via Nicodemus Management Enterprise) wishes to take this to a height of truly ‘international’.

TransMY to reckon with

As for the team, kitbash and customs provided by our members and exhibits are truly an eye opener to the public.

Though it was tiring, the team managed to steer clear throughout the day and enjoyed each other’s company, mingling with new and old ones, and of course pitching for the potential ones to join us.

Congrats to the team for the commendable hard work. 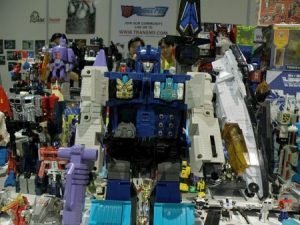 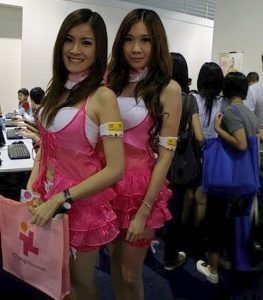 TFs in all its glory

All these publicity will be added to our publicity archive once those paper cutting and videos were acquired. This is one added boost to the community again though we were pretty surprised that the media who were there at the fair come and seek us out where we are pretty much small players in comparison with those businesses there.

The boys that make it happen

As the closing approaches, members packed up and taking group pictures together.

Though that is not a complete one with some members have to leave earlier for other commitments, the team were astounded by their unexpected performance throughout the 2 day event.