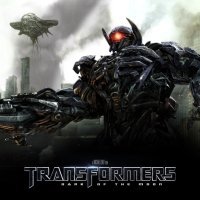 Here is an interesting article published by one of our member who is a journo in The Star about the Michael Bay’s blockbuster Transformers Dark of The Moon. Digest what Eyeris had to say about the movie:

Will Transformers: Dark Of The Moon provide some relief for fans still disappointed with director Michael Bay’s last effort? The Autobots wage a battle to destroy the evil forces of the Decepticons; for the third movie in five years.But wait! As cliché and unbelievable as it sounds, there really is more than meets the eye with this third Transformers movie.

With Transformers: Revenge Of The Fallen (ROTF) getting clobbered worse than an Insecticon in a Dinobot lair in terms of reviews, Transformers: Dark Of The Moon (DOTM) has a lot to make up for. In fact, director Michael Bay has spent most of the build-up to this movie admitting that ROTF was a mistake, and promising that DOTM will focus more on being “better, instead of bigger”, and that the franchise will redeem itself.

In an interview with the Los Angeles Times, Bay explained the problems with the last movie, which was a rushed production that was hampered by the strike by Hollywood writers. “We had three weeks to get our story and, really, we were going into the movie without a script,” he said. “It’s tough to do that. It was too big of a movie. There were too many endings or too many things that felt like endings.”

In the same interview, he promised that DOTM would have a much better story, and would concentrate more on character development. “We got rid of the dorky comedy and we brought in some new acting talent. We have a good script,” he said. “We’re shooting in 3D and there’s a mystery in this story. It’s smarter. And we still have the robots and the best special effects that you’ll see.”

All this is really good news for Transformers fans, who turned up in droves to watch the sequel to 2007’s Transformers but were turned off by the utter mess of annoying characters, horrible dialogue, terrible plot, and er … robot genitalia.

If you’ve seen the trailers for the movie, you’ll be aware that the story this time around revolves around the 1969 space race between United States and the then-USSR. Apparently, there was a reason that these two superpowers were scrambling to be the first people on the moon – a Cybertronian spacecraft called The Ark (Transformers die-hards will recognise the name from the original cartoons) had crash-landed on the moon. Inside the spacecraft is a powerful Autobot technology that could help the Autobots finally win their war against the Decepticons. Unfortunately, the Decepticons are out to get their hands on it as well, so it’s up to Optimus Prime and his Autobots to get there first.

Back on Earth, Shia LaBeouf reprises his role as Sam Witwicky, the boy with the bad robot mojo who has now graduated from college and is entering the big bad corporate world. John Turturro, Josh Duhamel, and Tyrese Gibson also return; while additions to the cast include Patrick “McDreamy” Dempsey, John Malkovich and Frances McDormand.

The biggest change in the cast of course, is the absence of Megan Fox (who was reportedly dropped from the movie because she clashed heads with Bay one too many times). Taking her place as token hot babe is former Victoria’s Secret model Rosie Huntington-Whiteley, who plays Sam’s new girlfriend Carly (which incidentally, is also the name of Spike Witwicky’s girlfriend/wife from the original cartoon).

But never mind the puny humans. What about the Transformers themselves? Well, the core group of Autobots still consist of their great leader Optimus Prime, medical officer Ratchett, weapons expert Ironhide and the feisty warrior Bumblebee. Others include Sideswipe and Jolt (from ROTF), plus newcomers Dino and three heavily armed Autobots – Roadbuster, Tailspin and Leadfoot – that form a group called The Wreckers.

Oh, and Leonard “Spock” Nimoy also makes a welcome return to the Transformers universe (he was the voice of Galvatron in the 1986 animated Transformers: The Movie), voicing a legendary Autobot warrior called Sentinel Prime.

Megatron himself may be a little worse for wear after the pummelling he received from Optimus Prime in ROTF (half of his head is missing, and he’s resorted to hiding out in the desert, picking off little robot parasites); but he still has the cowardly but powerful Starscream by his side, as well as the formidable and cunning Soundwave and his pet mechanical condor Laserbeak. Unfortunately for the Autobots, the Decepticons are still getting all the good stuff; and this time, the greatest threat comes in the form of the mighty Shockwave, who commands that gigantic, building-eating, tentacle-y thingy you see in the trailers.

Speaking to the New York Times, Bay explained the decision to film the movie with 3D cameras instead of using post-production conversion like what most other movies do.

According to him, the size differences between the Transformers and the humans made it even more appropriate for the format.

At first sceptical about the format, Bay warmed to having DOTM in 3D after speaking to James Cameron, whose Fusion 3D camera system (used for Avatar) was used to film parts of DOTM.

“It was a huge challenge. We used the Avatar crew. They’re one of the best 3D crews around,” he said in an interview with the Hollywood Reporter. “I had fun on the set shooting it. It was like a new toy and I actually had a wonderful time doing 3D.”

The cost of filming in 3D added about US$30mil (RM91.5mil) to the final budget, but according to Bay, it was worth it, as he managed to do stuff with the cameras that have never been done before, including putting a 3D camera on a stuntman with a “wingsuit” and following him through and around the buildings of Chicago at about 150 miles an hour.

Still, despite the 3D, new robots, new hot babe and new, darker story; it remains to be seen if fans are willing to forgive him for ROTF. One thing is for sure, though, if Transformers: Dark Of The Moon really is the final Transformers movie he is doing, then Michael Bay is certainly going out with a bang.

Transformers: Dark Of The Moon is now playing at a cinema near you.

Nokia X7, N950 Lookalikes Cameos In Dark Of The Moon