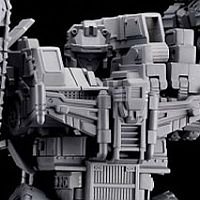 Third party Transformers is making big names and one of them, if you’re unfamiliar with MakeToys, they make, um, well… toys and they are a Japanese outfit that makes, not bootleg but custom Transformers.

The one that has caught the eyes of fans, and other makers as well, is their take on the original combiner of the Transformers series, Devastator. Here we will introduce them because their new not-Devastator is incredible.

MakeToys has been rather quiet about each individual robot of this behemoth but they have finally revealed all six members of this combiner. However, the toy gnores the recent film interpretation of the character, as one should, and instead looks to recreate the original animated version, only with the level of detail a guy who loved the cartoon in the 80s would expect in the 2000s. 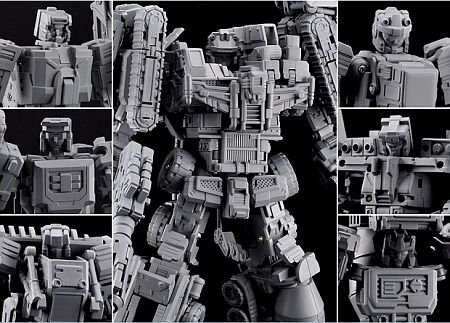 Maketoys Giant - they aint losers at all

All six still carry the same construction vehicle type as found in the original Devastator but have a greater level of detail, of course. Compare to TFC Toys version of the six robot team, is like it is the more slender and detailed designs by MakeToys.

You get all six individual figures, each impressive enough on their own, but combine them and you get a Devastator that unlike the original loses none of its aesthetic or articulation.

Still no details on pricing and release dates. Hopefully it won’t be US$100 for each member like what TFC Toys’ version is going for. That’s just insane! But at the same time, it’s still unlicensed. But it’s so cool! Argh! What does one do? …well, at least I still have TakaraTomy’s Encore Devastator. While I have this internal struggle, what do you think? Forget morals, you’re getting it? If the price is right? Or unlicensed is still unlicensed?