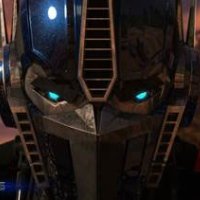 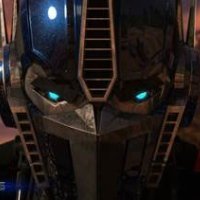 Judging an updated version of a childhood favorite is always dicey. If you go in wanting from it that same feeling it gave you as a 9-year-old, when a somewhat crudely animated show about giant robots that transformed into automobiles could stoke the fires of your still-impressionable imagination, you’re setting up an impossible standard.

If the new show is too similar, it’s likely to just make you want to go watch the original. Yet if it’s wildly divergent, that can be hard to get past, too.

So it’s best to try to take a show like The Hub’s Transformers Prime on its own terms. The latest animated incarnation of the epic war between sentient robots — pitting the peace-loving Autobots vs. the power-hungry Decepticons — is a visually striking, well-plotted action series that respects the (relative) elders among the viewership, but also won’t bore its tweet-loving, video game-savvy target audience.

It opens with a five-part miniseries called “Darkness Rising.” The Decepticons have been MIA for the past few years, leaving the Autobots to patrol vast stretches of the earth searching for deposits of Energon, the lifeblood of the Transformers and the substance that sparked the millennia-long civil war that devastated their home planet of Cybertron.

This welcome albeit tedious reign of peace is suddenly shattered when a group of Decepticons shows up and begins wreaking the usual heavy-metal havoc. But this isn’t the standard kiddie fare — though it’s still perfectly appropriate for family viewing — where you always know that no permanent harm will ever come to the characters. There are even some horror-movie elements introduced that prove quite effective. It all sets the stage for the return of Megatron, the leader of the Decepticons, who has discovered a dangerous new form of Energon that will forever change the nature of the battle.

Though it does include some of the creative team behind the blockbuster film franchise, Transformers Prime takes place in a separate universe, and on that front, it’s mostly addition by subtraction. There is no Sam Witwicky, no jive-talking Autobots (thank God), and the influence of the Michael Bay School of Continuous Camera Movement is kept to a minimum.

Purists will be pleased at the inclusion of Peter Cullen, who supplies the voice for Optimus Prime, just as he did in the ’80s cartoon and Bay’s films, and Frank Welker returning as Megatron. Composer Brian Tyler does his part, providing a musical score that evokes the movies, but isn’t nearly as intrusive.

While after two episodes, the story and characters appear rock solid, the aesthetic seems to be a work in progress. Whether that’s on the part of the creators, or if it will be the viewers who just have to get used to it remains to be seen. The CGI renderings in close-ups often appear stiff and lifeless, an occurrence amplified by the decision to give all the robots articulated mouths. (Call me old-fashioned, but this is most bothersome on Optimus Prime.)

Still, they’re far more engaging and visually cohesive than the cluttered messes Bay puts out, and nice touches like putting a shine on the metal skin really shows you where the production money went. This doesn’t help, however, when it comes to the human characters, whose more cartoony design (one character naggingly reminded me of the young Carl Fredrickson from Up) seems to clash with the sleek look of the Transformers. Their expressions don’t (or can’t?) change much whether they’re angry, scared, happy or just in awe of all these giant robots.

All told, the first two episodes get the job done setting up the universe and the rules therein. Longtime fans with extensive knowledge of the dauntingly complex Transformers canon will be able to put their expertise to good use analyzing the choices the creators made, while newbies will have plenty to keep them entertained.

Giant robots beating the scrap out of each other is just inherently fun to watch, right? And while memories of the 1980s cartoon no doubt remain special to many from a certain (er, my) generation, we’re kidding ourselves to say it was much more beyond a well-crafted way for latchkey kids to have some fun after school. In terms of writing and production, Transformers Prime is a better show all the way. Best of all, the fun factor is there, too.

The Hub is airing a two-part sneak peek of Transformers Prime at 4pm Nov. 26, with all five parts of “Darkness Rising” airing Nov. 29-Dec. 3 at 6:30pm. Keep checking back here for an interview with Peter Cullen (Optimus Prime) and Frank Welker (Megatron).