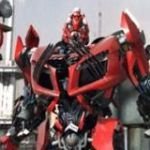 Here’s an interesting article from Android Central on Transformers apps for Android:

“So my Nexus S got stolen. I caught the thieves, giggling on the couch, poking at the glass and saying ridiculous things into the microphone. That’s right, it was my children, and they had discovered Talking Transformers, the app I had downloaded earlier in the day. I can’t blame them for their crime, it’s an awesome app that will keep you rolling.”

“You can transform this red car into his robot form, complete with realistic Transformer sound effects. Poke him and he moves, fire his weapon at the push of a button, and watch what happens when he punches your screen.

You can even see the lighter side of his personality by pushing the “D” button to watch him put on a dance on stage. The best part of Talking Transformers though, is of course the talking part! Speak into the microphone and hear your words repeated back. Just be careful, and keep a watchful eye on your phone, or it may fall prey to thieves, just like mine did.” 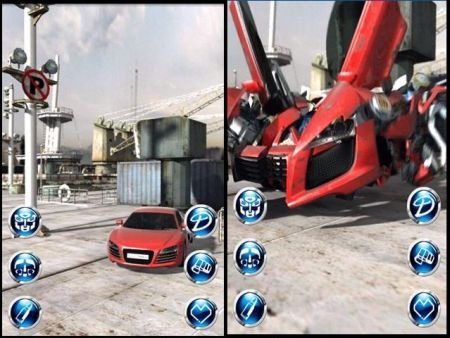