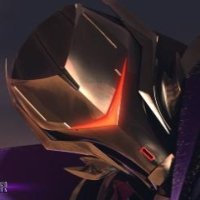 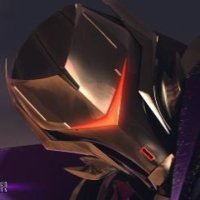 Transformers is shifting into a new shape. After two big movies and with a third on the way, the mechanical beings that can turn into vehicles will return to their small-screen roots with the CGI-animated Transformers: Prime on The Hub, the Discovery/Hasbro kids’ cable channel (premiering Nov. 26, 4 p.m. ET/1 p.m. PT).

As with its predecessors, Prime features the heroic Autobots, led by Optimus Prime, and the evil Decepticons, led by Megatron, bringing to Earth a battle started on their home planet, Cybertron.

“The classic clash between the Autobots and Decepticons remains true to the central story, so for fans who grew up with it, the studio has really attempted to take the best of the legacy and marry that with a new fresh look and new fresh stories,” says Stephen Davis, president of Hasbro Studios, which is producing the series.

Of course, there will be accompanying toys.

Executive producers Alex Kurtzman and Roberto Orci, writers of the first two Transformers live-action films, hope to give the franchise a new feel via advanced visual technology and original stories, while retaining its connection to the long-running mythology. “It’s a deeper exploration of everything from what happened on Cybertron to their arrival on Earth. Things we’ve only hinted at in the movies we can really spend time getting into on the show,” Kurtzman says.

In a touch that should please fans of the original 1980s series, Peter Cullen and Frank Welker will reprise their roles as the voices of Optimus Prime and Megatron. Cullen also supplied Optimus Prime’s voice in the films.

As for fresh faces, Prime will feature a new trio of humans — Jackson “Jack” Darby, Raf and Miko.

“There’s an emotional connection between our three human heroes and the Autobots. It allows us to show a little more emotion in the Autobots as well as creating some additional sense of jeopardy,” Davis says. “The movies clearly dealt with the Witwicky element. This is very different, and one of the ways we have tried to establish a differentiation between the features and the series.”

There will be new Transformers, too, joining such familiar ones as Arcee, Bumblebee, Soundwave and Starscream. “We’re going to be introducing them on an episode-by-episode basis,” Davis says. “We’re keeping it under wraps at this stage.”

By running on The Hub, whose “sweet spot” is ages 6 to 12, Prime is designed to appeal to a new generation of viewers. However, Kurtzman, who picks Bumblebee as his slight favorite over Optimus Prime, expects longtime fans will follow it, too. “What we found that’s heartening is that people like us who grew up with (the original show) are still interested and they follow any iteration,” he says. “Kids are the primary target, but (if) you’re a Transformers fan, hopefully you’re going to get hooked.”