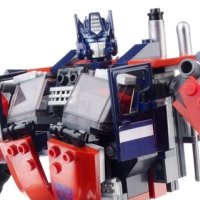 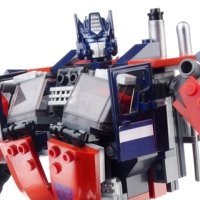 Transformers fought for world domination in “Revenge of the Fallen.” Now they’re taking aim at Lego. Hasbro Inc., the No. 2 U.S. toy maker, is joining the building-block fray with a new line called Kre-O that’s compatible with Lego and the similar Mega Blocks. The first products feature popular Transformers characters like Optimus Prime and Bumblebee.

Kre-O, launching in the fall, is intended to grab part of the booming construction set business that Lego dominates. While total U.S. toy revenue rose 2 percent to $21.87 billion in 2010, according to the NPD Group, building set sales jumped 13 percent.

The line will launch with 12 Transformers sets. Hasbro plans to expand Kre-Os to its other brands eventually. Each Transformer set comes with two sets of instructions so the same bricks build the vehicle version of the Transformer as well as the robot version. Prices range from $6.99 to $59.99.

Kre-Os are one of thousands of new toys that will compete for the attention of kids, and parents, on display at the American International Toy Fair trade show in New York, beginning Sunday.

Hasbro could use a hit. The company said earlier this month its net income slipped 16 percent in the fourth quarter as U.S. demand for toys dropped off late in the year.

“Toy makers had a good year, but it wasn’t the great year we expected,” said BMO Capital Markets analyst Gerrick Johnson. That could make retailers more cautious about ordering this year, which makes getting early buzz as a potential hot holiday toy important. Hasbro previously introduced a construction set line in 2003 called Built to Rule, but it fizzled and was discontinued by 2005. 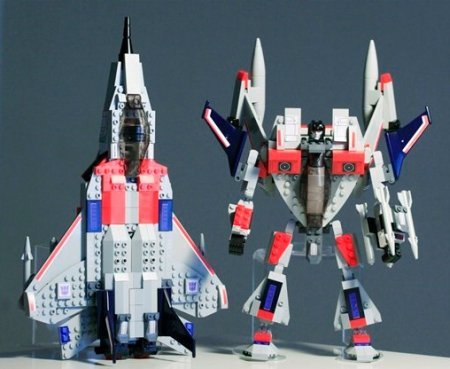 The Built to Rule blocks didn’t hold together well and some of the sets were too difficult for their age range, Hasbro Chief Marketing Officer John Frascotti said. The Kre-O line, on the other hand, has better-quality bricks, Frascotti said.

The new line makes sense Hasbro, said Jim Silver, toy analyst at Timetoplaymag.com, particularly since a new blockbuster Transformers movie, “Transformers: Dark of the Moon,” is set for this summer.

“Transformers is a hot boys license that hasn’t entered the construction category,” he said. “They’ve been wanting to enter the category for years,” he said.

Silver said the line could make a dent in the construction play set market — although with only 12 sets to start with, it will be tiny compared with Lego’s hundreds of items. 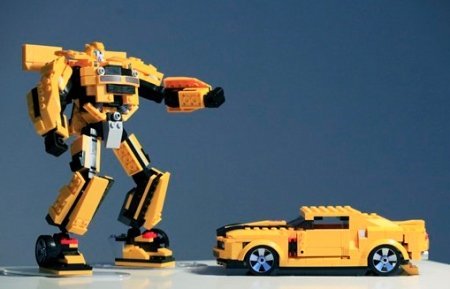 “It’s the small players in the category that have to be concerned,” Silver said.

Meanwhile, Lego is expanding into new categories itself. The Danish toymaker has been one of the toy world’s biggest success stories, with double digit net income growth even during the recession. Last year it introduced board games, and this year it is venturing into other gaming areas with a new line called Ninjago, featuring ninjas that are training in an ancient martial art to fight an evil lord.

The line combines block sets with online and trading card games. A Cartoon Network tie-in TV special, “Ninjago: Masters of Spinjitzu,” will introduce the line on Monday. Some items in the line, priced from $4.99 to $119.99, are available now and others will launch in April and August.