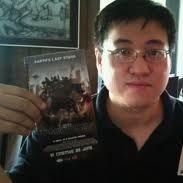 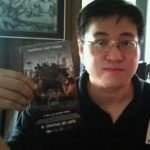 Though we have been swamped by powerhouse movies in 2011, it has been all time low since 2007 based on thsi article written by Mike Dunn. Check them out and find out why it was the lowest:

How many movies did you go watch this summer? If box office numbers are to be believed, your answer is “not many”. This summer has seen the fewest number of movie goers, only 543 million, since the summer of 1997. Thanks to inflated 3D movie ticket prices overall money spent at the box office is up, but up just under one percent over last year. Typically the summer months accounts for 40 percent of total ticket sales, and this is the fourth year in a row of lower box office numbers.

Even with several big movies this summer theaters had a hard time getting people into the seats. The final Harry Potter movie was tops for the summer, followed surprisingly by the second Hangover movie, and then Transformers. There have also been some big budget movies that did not produce as well as hoped. Cowboys and Aliens featured Harrison Ford, Daniel Craig, and the newly popular Olivia Wilde, but still did not meet expectations.

Even with interest in 3D lagging in homes, 3D seems to be keeping Hollywood afloat. This year there have been 18 3D movies released, compared to only seven last summer. It seems as though people are more willing to wear glasses in the theater with strangers verses in the comfort of their own home. The economy is blamed for the continued decline of ticket sales as people are trying to save money, but people are willing to pay a premium on top of already expensive movie tickets for the 3D experience.

With the next Batman movie, the refreshed version of Spider-man, and the Avengers all coming out next year we are predicting 2012 will snap the four year streak.