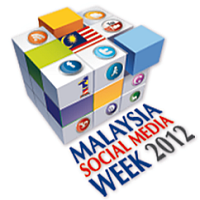 The votes for the Malaysian Social Media Awards 2012 has ended today and TransMY was ranked at the third in the Best Gadgets Blog Category with 157 votes. We are behind All About Iphone with the highest vote 587 and second place Amanz with 383 votes. Many people asked us why gadgets category? This is because there is no Hobby category around for the nominations therefore we had no choice but to list them down in the gadgets category although it does not accurately present our niche.

However the organizers had contacted us for our communication details for them to get in touch. The winners will be announced on the 12th February.

For those who have no idea what this is all about, read on:

The World Bloggers & Social Media Awards 2012 are the supreme testament to the stunning achievements in all verticals connected with blogging and social media. The glittering function to be held in Malaysia will recognize, reward and honor the best.

Social media as we all know in general and blogging in particular has changed the way we see and perceive the world. In fact with a few clicks, and a few jerks of the mouse as well as the hand eye coordination and use of that most important human organ, the brain, people have transformed the way we think, see and understand the world.

Effective tools and applications, called “apps” by the netizens of a connected world have simply transformed the style and functioning of businesses and in turn changed the rules of the game so drastically that every press of the key on the board is now viewed with utmost seriousness and seen as a fantastic business opportunity, so the “apps” of the world have become “ops” too! Multiply this by millions and you will see the huge potential that waits to be tapped.

The 1st World Bloggers and Social Media Awards in Kuala Lumpur will highlight the work of some of the best from the social media fraternity of global and local social media practitioners. This will be, as they say a “glocal” event with the awards showcasing the brilliant minds that have made this phenomenon possible and we will be honoring them for their yeoman contribution to social media as a whole.

To all who have voted for us, thank you so much for taking the time!

Social Media Awards will be held in PWTC on 16 February 2012.