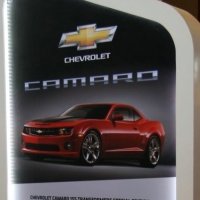 Bumblebee is making a showdown at KLIMS 2010 recently. Supplied by Naza Quest Sdn Bhd, the sole distributor of Chevrolet cars in Malaysia and a member of the Naza Group of Companies, is set to offer the Chevrolet Camaro SS Special Edition in 2011.

Although this Camaro is an authentic icon of American Muscle Car, but the car is design based on GM Zeta Platform and was designed by South Korean-born Sangyup Lee. Other features include four-wheel independent suspension, four-wheel disc brakes and four-piston callipers.

According to the Naza Group joint executive chairman Datuk SM Faisal SM Nasimuddin said the company was setting a modest target of selling 50 of the cars per year.

He added that there had been over 25 enquiries on the car already and the Chevrolet Camaro SS would have a tentative price of RM488,888. The Bumblebee is already open for orders and will be available from either January or February next year. 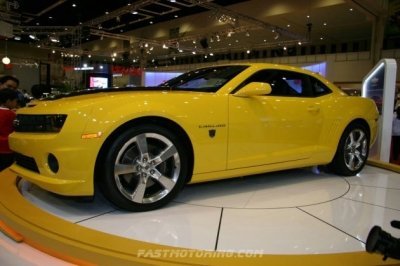 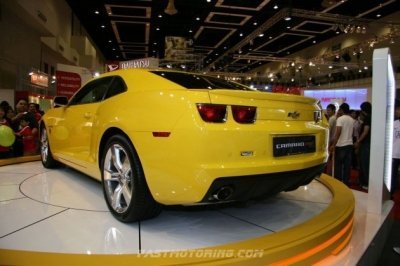 In line with the theme, “Chevrolet Driving The Past, Present & Future,” Chevrolet’s booth will be showcasing the nostalgic Bel-Air 1957, the , the official vehicle that was used by Tunku Abdul Rahman on his way to declare the country’s independence at the Stadium Merdeka on 31st August 1957. Powered by a 3.9 litre, 6 cylinder engine that is mated to a 3 speed manual transmission, the original colour has been retained and is still in immaculate driving condition.

Dark Of The Moon Teaser Poster