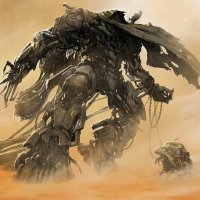 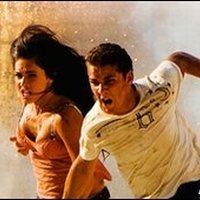 The Transformers sequel has the dubious accolade of being one of the front-runners at the Razzie Awards, which mark the worst films of the year. Revenge of the Fallen, from director Michael Bay, has seven nominations, including worst film and worst actress for Megan Fox.

Will Ferrell’s Land of the Lost also features in seven categories. Other films in the running for an award, to be held the day before the Oscars, are GI Joe and Old Dogs. Sandra Bullock could see herself win both a Razzie and an Oscar this year, as her turn in the comedy All About Steve sees her nominated for worst screen couple with Bradley Cooper.

Her role in the drama The Blind Side has been tipped for an Oscar nomination, and she has already picked up a host of best actress awards.

British actor Robert Pattinson is also nominated for worst screen couple, along with Kristen Stewart, for Twilight Saga: New Moon. Former couple Jennifer Lopez and Ben Affleck in the running for decade’s worst actors All three Jonas Brothers are competing in the worst actor category alongside an older generation of actors including Eddie Murphy for Imagine That, Steve Martin for Pink Panther 2 and John Travolta for Old Dogs.

Travolta’s wife, Kelly Preston, finds herself in the worst actress list for the same film, alongside Sienna Miller for GI Joe, Transformers actress Julie White, Ali Larter for Obsessed and Candice Bergen for Bride Wars. This year the Razzies will take a look back at the most dire films of the past decade, with five movies in the running – Battlefield Earth, Freddy Got Fingered, Gigli, I Know Who Killed Me and Swept Away.

The worst actor category recognises a body of work by a star, with Travolta, Murphy, Mike Myers, Rob Schneider and Ben Affleck up for the prize.

The worst actress of the decade category is dominated by singers who have turned to acting, with Jennifer Lopez, Madonna and Mariah Carey nominated alongside Lindsay Lohan and Paris Hilton. The Razzies were set up by copywriter and publicist John Wilson as the antithesis to the Oscars, and are voted for by members of the Golden Raspberry Award Foundation, which is open to anyone.