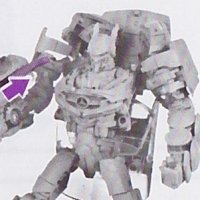 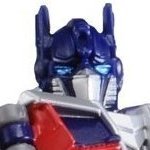 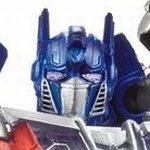 Voyager class Optimus Prime (without trailer) comes with an all new mold. He comes with a cool heat shield in… 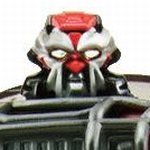 A redeco of deluxe Ratchet in now red with white detailing. Seems like a reverse color scheme of his Generation…

Sound Blaster For Jap TFA After All 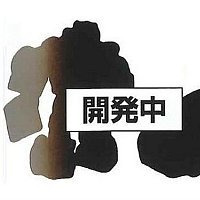 There might be TFA Sound Blaster after all for Japanese Animated. Takara-Tomy released solicitations to for the TA-25 Sound Blaster that will offered in the Transformers Animated Japan series. They released an image showing a blacked out robot and alternate mode figure that is not recognizable as the deluxe class Soundwave mold.

As for BBTS, they had listed the item as “Sound Blaster” with the notice they are leaving the name as-is for now, but information along with the pic shown has came from another vendor that called the item “Autobot A”. The item listed at BBTS with a price of $15.99 out in Q2 2010.