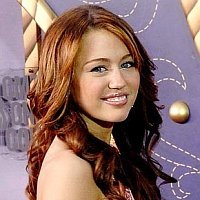 In April 2009, Hasbro and the Discovery Channel announced a joint venture to create a new network. Transformers fandom, one of the oldest and most established fandoms on the internet, has been eagerly parsing rumors about a new series based on the iconic toys since then. We’re happy to bring our readers some exciting updates about the eagerly awaited TV series.

The project, now titled Transformers: The Explosion, picks up after the 2009 movie, Transformers: Revenge of the Fallen. In the first movie, Sam Witwicky destroys the Allspark by shoving it into Megatron’s chest. (This wasn’t very healthy for Megatron, either.) The Allspark is the Transformer’s mystical connection with a higher power and has the ability to bright ordinary human gadgets, and giant alien robots, to life. In the second movie, Megatron was brought back to life using an Allspark shard, and much mayhem, not necessarily logical in nature, accompanied this.

Hasbro’s new series occurs chronologically one year after the end of Transformers: Revenge of the Fallen. The series will be live action, with Miley Cyrus starring as the heroine Susan Mary Witwicky, Sam’s plucky, athletic, genius thirteen year old cousin.

Aside from being deeply loved by every single other character, she’s also a black belt in karate, has a tragic past, and has — of course — an astonishing singing voice that brings tears to all who hear it, and can end battles with a literal high note. The stories will center around her adventures as she seeks out and destroys “Deceptiterrans” — monstrous Transformers made of human technology that were mutated into horrific forms by residual Allspark energy.

A network spokesman, Guy Weiss, explained, “We did considerable market research, and determined that Transformers fandom has a huge percentage of females. Most of the shows and toys we’ve created in the past are marketed at boys, so this show is intended to appeal to the girl fans. It’s a little bit like Buffy, in that Susan Mary gets to fight a monster every episode. However, we’re also taking full advantage of Miley’s ranges of talents. Every episode will feature at least one song and dance routine. Optimus has a really lovely singing voice, as fans may have noticed on the Boom-de-yada commercial with our partner, the Discovery Channel.”

Weiss responded, “Yes, it does. Market testing indicates that girls respond well to softer colors. Optimus will be pink with baby blue trim, Ratchet will be white with pink and green markings, and Ironhide will be mauve.”

However, it turns out that the familiar robots from the first two movies will only appear as guest spots. Some lesser-known Autobots will be the stars of the show. Hasbro, apparently, wanted to expand the toy line and asked that the writers work with some “Generation One” Autobots that had not seen much air time in recent years. Therefore, Susan Mary’s robot counterpart will be the teenage girl robot, Elita One, who is every bit as plucky as Susan Mary herself is — and has a huge unrequited crush on Optimus. Weiss explained, “We think our target audience will identify with a girl-robot who is attracted to an unattainable male.”

Aside from Elita, the show will star the arrogant and hot-headed ‘jock’ type Tracks, the science geek Perceptor, the rock musician, Blaster, and the rest of his band, called the Cassettes. In a homage to the 80’s show that started it all, Blaster, the Cassettes, and Susan Mary will perform a rock song from the 1980’s in every episode.

Elita will be a pink Smart Car, Tracks a pale green Miata, and Perceptor a lavender mobile police crime lab, and Blaster will turn into an MP3 player jointly produced by iPod and Zune.

Our reviewer asked, “Is it really plausible for a giant alien robot to turn himself into a pocket sized MP3 player?”

Weiss explained, “The original Blaster was a giant alien robot who turned into a boom box in the 1980’s.

It’s now 2010, and everything’s gotten much smaller, so yes, we think it’s plausible. We hope to produce an actual MP3 player with features from both iPod and Zune that turns into a toy robot. His cassettes will be accessories for the player that also turn into toy robots. Also, Perceptor’s crime lab toy will contain toy magnifying glasses, notepads, etcetera, all in pretty colors that girls will like.

Our reviewer asked, “Is there anything else the fans should know about the new series?”

Weiss laughed. “Well, the biggest thing is that it won’t be as violent. Yes, the name is ‘Transformers: The Explosion,’ but that is something of an in joke. The series is aimed at girls, who just don’t want to see a lot of fighting and combat. Honestly, we don’t want to expose women and girls to that kind of violence! This show will have much more of a focus on the friendship between Susan Mary and our robot heroes — they all absolutely adore her and follow her with nearly blind devotion — and various romantic entanglements and interests that both the robots and Susan Mary develop. Elita’s got a huge crush on Optimus, but the other guys all have crushes on her, leading to regular outbreaks of jealousy and squabbling that Susan Mary needs to solve. Every episode, Susan Mary will kill a Deceptiterror monster — we have these really awesome Deceptiterror toys, by the way, that fall apart into a thousand little pieces when you strike them, just like they will do on the show — but that will be secondary to the main plot. Aside from the song and dance, we’ll also have a moral lesson with each episode, and the song and dance routine will pertain to that.” 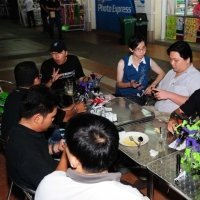 On April 2nd, TransMY Penang – the most active chapter in TransMY organised a gathering at Roti Bakar Kopitiam, Ivory…

As “Transformers 3” is getting close to its start date, the film crew have contacted a city to be ready to welcome them for shooting. According to Post-Tribune, a member of the crew was expected to ask Gary’s Board of Public Works and Safety for permission on Wednesday, March 31 to film scenes in Gary, Indiana on April 13.

It was further informed that the principal photography will take place at property owned by Majestic Star Casino at Buffington Harbor. Ben Clement, who volunteers as the director of Gary’s office of Film and Television, claimed industrial property to the east of Majestic Star will be used for a scene which is supposed to be set in Russia. “It’s a very, very quick scene,” Clement dished on the said scene, adding that more footage could be shot in Gary in the future.

Clement said director Michael Bay himself visited Gary in December. “I’ve been working with these guys for a few months now,” he claimed. However, officials at Majestic Star have not made comment on the report and it has not been known whether the shooting in Gary, Indiana will occur during the evening hours or highly trafficked day-time hours.

Previously, Bay shared that this third “Transformers” film will feature action scenes set in Los Angeles, Chicago, Washington DC, Florida, Texas, Africa, Moscow and China. Some original actors such as Shia LaBeouf, Megan Fox and Josh Duhamel are on board to reprise their respective roles in “Transformers 3”, which is scheduled for July 1, 2011 U.S. release.

The Transformers: Revenge of the Fallen mystery Megatron turns out to be a Voyager, thanks to a comparative look with…