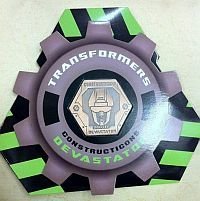 The set of pics posted are some in-hand looks at the TakaraTomy Transformers Encore 20 Devastator re-issue that is coming out in Japan.

The detailed image described the looks of the packaging with the inserts and inlays that it comes with. It seems like a season of Constructicons fame where everyone is trying to entice G1 fanatics with their releases where Hasbro had to go against third parties who is (already) releasing Hercules and Giant figures that is coming our way.

Check the stuffs after the jump. 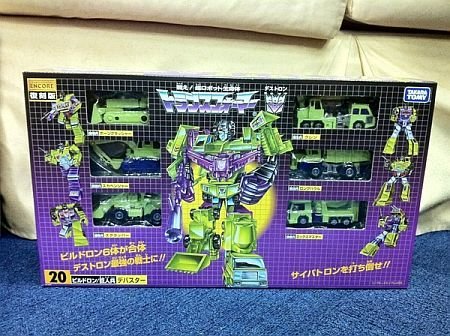 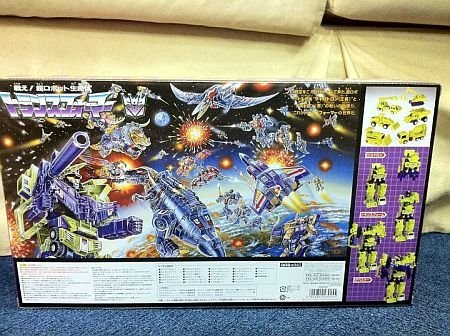 Transformers Encore 20 - back of packaging 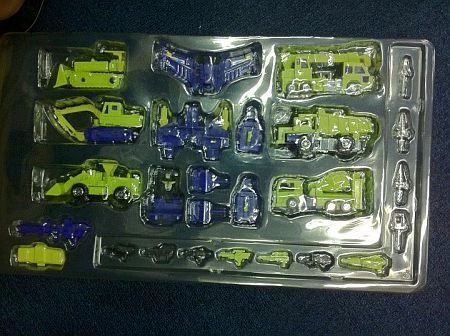